It happened in those days that Jesus came up from Nazareth of Galilee and was baptized in the Jordan by John. On coming up out of the water he saw the heavens being torn open and the Spirit, like a dove, descending upon him. And a voice came from the heavens, “You are my beloved Son; with you I am well pleased.” 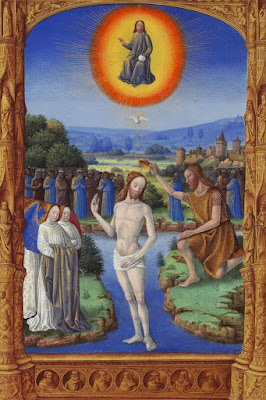 On the third day there was a wedding in Cana in Galilee, and the mother of Jesus was there. Jesus and his disciples were also invited to the wedding. When the wine ran short, the mother of Jesus said to him, “They have no wine.” And Jesus said to her, “Woman, how does your concern affect me? My hour has not yet come.” His mother said to the servers, “Do whatever he tells you.” Now there were six stone water jars there for Jewish ceremonial washings, each holding twenty to thirty gallons. Jesus told them, “Fill the jars with water.” So they filled them to the brim. Then he told them, “Draw some out now and take it to the headwaiter.” So they took it. And when the headwaiter tasted the water that had become wine, without knowing where it came from (although the servers who had drawn the water knew), the headwaiter called the bridegroom and said to him, “Everyone serves good wine first, and then when people have drunk freely, an inferior one; but you have kept the good wine until now.” Jesus did this at the beginning of his signs in Cana in Galilee and so revealed his glory, and his disciples began to believe him. 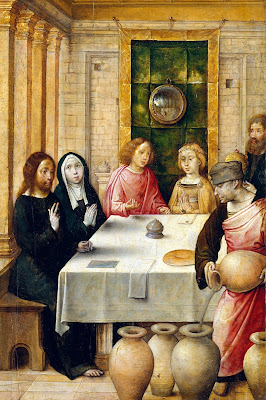 After John had been arrested, Jesus came to Galilee proclaiming the gospel of God: “This is the time of fulfillment. The kingdom of God is at hand. Repent, and believe in the gospel.” 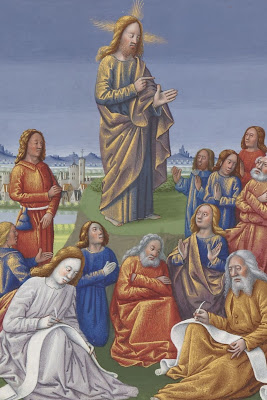 After six days Jesus took Peter, James, and John and led them up a high mountain apart by themselves. And he was transfigured before them, and his clothes became dazzling white, such as no fuller on earth could bleach them. Then Elijah appeared to them along with Moses, and they were conversing with Jesus. Then Peter said to Jesus in reply, “Rabbi, it is good that we are here! Let us make three tents: one for you, one for Moses, and one for Elijah.” He hardly knew what to say, they were so terrified. Then a cloud came, casting a shadow over them; then from the cloud came a voice, “This is my beloved Son. Listen to him.” Suddenly, looking around, they no longer saw anyone but Jesus alone with them. 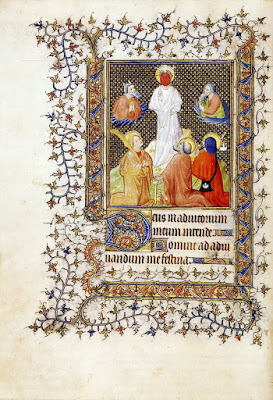 While they were eating, he took bread, said the blessing, broke it, and gave it to them, and said, “Take it; this is my body.” Then he took a cup, gave thanks, and gave it to them, and they all drank from it. He said to them, “This is my blood of the covenant, which will be shed for many. Amen, I say to you, I shall not drink again the fruit of the vine until the day when I drink it new in the kingdom of God.” Then, after singing a hymn, they went out to the Mount of Olives. 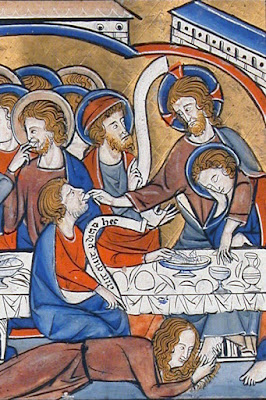