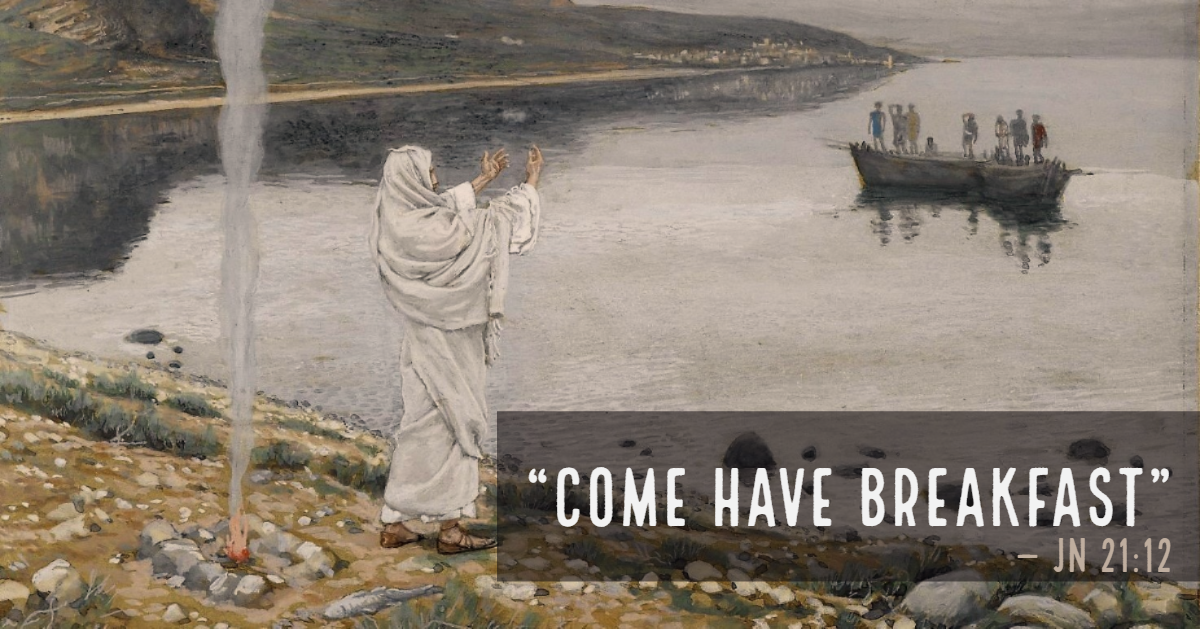 The Extraordinary in the Ordinary

We find a profound mix of the ordinary and extraordinary in this Sunday’s gospel. I’m not an avid fisherman, but I’ve been fishing. And I know that whenever someone passes by while you are fishing, they inevitably ask the same question: “Didja catch anything?” So there could not be a more ordinary question Jesus could have asked the Apostles when he sees them fishing in the Sea of Tiberius, also known as the Sea of Galilee.

Many of the Apostles, including Peter, were fishermen who worked those same waters before being called by Christ. They were doing what they knew, performing a task they had performed day in and day out for most of their lives. What could be more ordinary?

What was not ordinary was the miraculous catch of fish after they followed Jesus’ instruction to cast their nets one more time. After catching nothing all night, suddenly their nets were full to bursting, with 153 fish. The number alone doesn’t convey the oddity of the experience. I think the movie Risen, starring Joseph Fiennes as the Roman tribune tasked with finding out what happened to Jesus after the crucifixion, portrays this scene especially well.

The Apostles are tired and hungry, yet willing to indulge this stranger’s suggestion to cast out one more time. They can’t believe it when, just after throwing the net into the water, the boat lurches suddenly to the side. “We’re too close to shore” one of them says. “We’ve run aground.” Another one says, “No, it’s fish!” He tries to bring the net in, but can’t. It takes at least four of them to pull the net out of the water, when we see that it is literally teeming with fish, as if they’d been poured into the net. It’s not just a lucky catch. It’s truly miraculous.

According to ancient Greek zoology, there were 153 known species of fish. So the number 153 here symbolizes a totality. The Apostles were to become fishers of men — not just of some men, but all men. Their ministry was not just to the Jews or to the Samaritans or Greeks, but each and every nation was to be brought to Christ in their nets.

After they catch the fish, Jesus says something else utterly ordinary. “Come, have breakfast.” What could be more ordinary than breakfast?

This is one of my favorite scenes to imagine: Jesus sitting with his friends around a small fire, on the shore of a beautiful lake, enjoying fish just brought out of the water. It’s like an idyllic summer morning camping. It’s ordinary in a beautiful way.

What isn’t ordinary is that the one serving breakfast was dead in the tomb just a few days before. Here the simple act of eating breakfast attests to a miracle. Jesus, who died on the cross and was buried in the tomb, is not here with them as an apparition. He isn’t a ghost. They are not hallucinating or having a vision. He is physically here, and he is hungry. He wants breakfast. This simple act of eating fish proclaims, “I am risen indeed.”

His Resurrection from the dead is the greatest miracle Jesus performs, and it attests to his power and authority to effect any other miracle, from healing the blind and lame, to causing a miraculous catch of fish. He even has the power to effect miracles through other people, as we see when Peter and the other Apostles begin to heal people in Christ’s name. Christ can and does do extraordinary things through his ordinary ministers — not just causing the lame to walk and the blind to see, but as we saw in last Sunday’s gospel, even the forgiveness of sins.

The ordinary reality of Christ, risen from the dead, walking along the Sea of Galilee and eating a breakfast of fish with his friends, attests to the most extraordinary reality of all — that through his cross and resurrection, the world has been redeemed and the floodgates of mercy have been opened for us.

May we who celebrate the Risen Christ this Easter Season never take for granted this most extraordinary gift he continues to give us through the ordinary ministry of his Church.