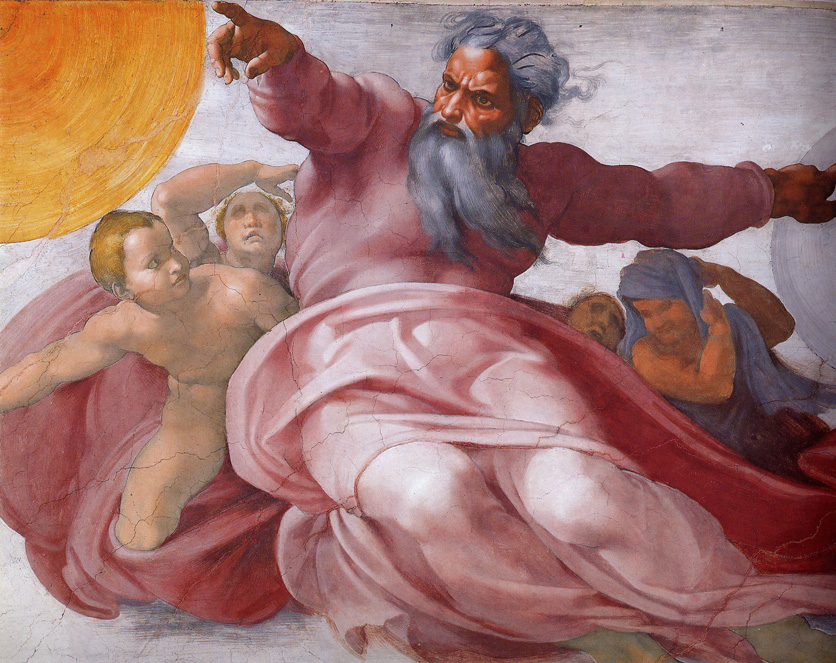 A Second Look: Does God Repent?

3rd Sunday in Ordinary Time (B)

We continue this week taking a “second look” at themes in the Sunday scripture readings that might not get addressed in a homily at Mass. This week the primary theme of the readings is one of repentance. The first reading is from Jonah, describing how the Ninevites heard Jonah’s preaching, repented of their evil ways, and so were saved. The second reading from St. Paul’s first letter to the Corinthians talks about how we can’t keep on acting the way we have acted before because time is running out. And our gospel reading from Mark says, “The kingdom of God is at hand. Repent and believe in the gospel.” The message is pretty clear. We should repent of our sins.

But if you look closely at the first reading, you’ll see something that might make you raise your eyebrows and wonder what’s going on. When the Ninevites repented after hearing Jonah’s warning, it says, “When God saw by their actions how they turned from their evil way, He repented of the evil that He had threatened to do to them” (Jon 3:10). What’s this? Can God repent? Can God do evil? What is going on?

To most of us, the word repent has negative connotations. We usually only see this word used in association with sin, as we see it used in the gospel reading. We are called to repent from our sins and turn toward God. But the word in itself simply means to change course, or to change one’s mind. It doesn’t necessarily mean sorrow and remorse over sinful actions, which is how we frequently think of it.

When we read of God repenting, whether it is here in Jonah, or in other parts of the Old Testament (such as Exodus 32, when Moses convinces God not to punish Israel for their idolatry) it simply means a change of course, not a turning away from sin. One thing was going to happen, and now another thing is going to happen. God cannot sin. God is all-holy, the source of all goodness. He is incapable of sin, because to do so would be a violation of His own divine will, and indeed His very nature. Sin is by definition a deficit of love, and God is by definition Love (1 Jn 4:8). God cannot sin.

Can God Change His Mind?

Does this mean repent in this context simply means God changed His mind? No. Again, we run into difficulty here because God cannot change His mind. This one is a bit harder to understand.

You and I change our minds all the time. Usually, it’s because we’ve acquired some new information; or we’ve rethought some information we previously had. In any case, we are able to consider things in a different light and realize that what we thought before is no longer valid, and so we change our minds accordingly. This whole process is alien to God. God never acquires new information. This is not a deficit, as it would be for us, because God already knows everything. God is omniscient. His knowledge is total and complete.

Nor does God need to “take a moment” to reconsider anything. God understands everything perfectly, all the time. The Church teaches that God is metaphysically simple and therefore immutable. What this means is that there is no potentiality in God; there is only pure act. There is never any loss or gain in the divine attributes. God simply is. Always. God never changes because God is never anything other than perfect.

So if God can’t repent from sin (as He cannot sin) and God can’t change His mind, what exactly does the scripture mean when it says, “He repented of the evil that He had threatened to do to them?”

We have to remember that while scripture is the divinely inspired Word of God, it is also a text written by human authors. The Holy Spirit does not suppress the humanity of the authors of sacred scripture, but rather inspires them to write — in their own words — the truths God wishes to reveal to the world about Himself. This revelation happened gradually, over many thousands of years. As Christians, we understand Jesus Christ to be the fullness of God’s self-revelation to mankind, and so we read the Old Testament in light of this full revelation. We see in many Old Testament figures — including Jonah — signs pointing to Christ. But we have to remember that at the time these ancient texts were written, the Jewish people were in the process of growing in their understanding of God.

God, to put it mildly, is really different from us. There is simply no way to truly talk about God on His own in any way that is comprehensible to our minds. We have to use metaphor to allow us to understand Him, and metaphors will always have limitations. This doesn’t mean metaphors are wrong — indeed, we need them to help us grow in our understanding of God — it just means we should recognize their limits. Sacred Scripture uses divinely inspired metaphors to teach us about God, the most common of which are anthropological. This means that scripture speaks of God many times as if He were a man. This makes sense, if the objective is to help mankind to understand the mind of God.

The destruction of Nineveh would appear to be evil from the perspective of the Ninevites, “evil” here simply meaning a cause of suffering and distress. Had God destroyed Nineveh, it would not have been morally evil on God’s part, but the just punishment due for their sins.

The author of Jonah speaks of God “changing His mind” about the punishment He was going to inflict, because that’s how it would be described in human terms. A human ruler may be intending to punish a disobedient people, but be persuaded to show mercy instead. God is sometimes depicted in these terms in the Old Testament, such as here and in Exodus 32, as I mentioned above. There, God is threatening to punish Israel for their worship of false gods, until Moses intercedes on their behalf by prayer and supplication.

But as we mentioned above, God cannot change His mind, so we have to look beyond this anthropomorphic metaphor to the higher divine truth it reveals to us. In neither of these cases does God “change His mind.” In each case, God has determined two courses of action. In the case of the Ninevites, punishment if they don’t repent; mercy if they do. In the case of the Israelites, punishment if Moses does not intercede for them; mercy if he does (which points to the spiritual power of intercessory prayer).  God knows what will happen either way. He leaves the outcome up to us.

St. Augustine wrote about this in City of God:

For though God is said to change His determinations (so that in a tropical sense the Holy Scripture says even that God repented), this is said with reference to man’s expectation, or the order of natural causes, and not with reference to that which the Almighty had foreknown that He would do.

The important thing to understand is this: God wants to show us mercy, but He won’t do it without our participation.

God gave us free will and He will not violate that gift. He honors our choices and allows us to live (or die) with the consequences. God doesn’t desire our destruction, though He knows that’s what will happen if we persist in sin. God desires to show us mercy; but we cannot receive His mercy unless we accept it. As unbelievable as it seems, God has made Himself subject to us in that He has determined certain things will only happen if we ask for them.

It’s not God who needs to repent, but us. God doesn’t need to be persuaded to “change His mind” and show us mercy. Rather it is we who need to “change our mind” so that we might receive it.