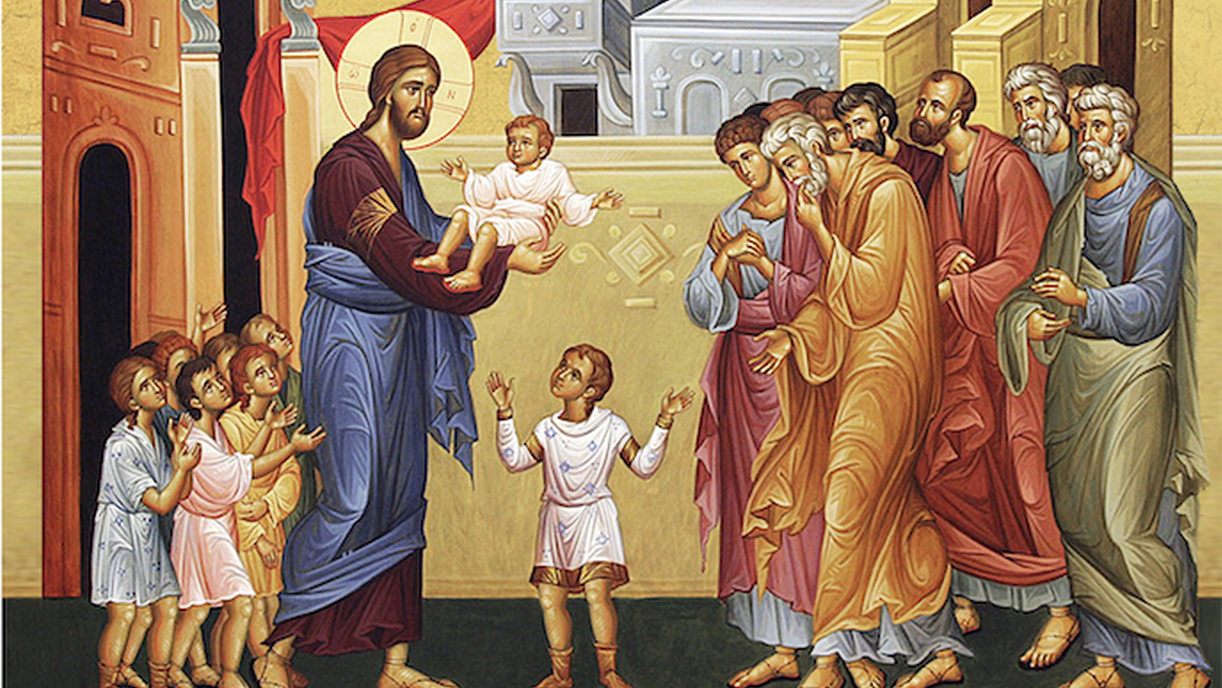 27th Sunday of Ordinary Time (B)

The beginning of October is one of my favorite times of year; and not just because of the seasonally cool evenings, pretty colors on the leaves and “pumpkin spice” everything. I love this time of year because the Church celebrates the some of the most interesting of saints. The saints are our models for holiness. We are all called to be holy, which means we are called to be like God. That is, by any estimation, a pretty tall order. So what does that look like in real life? The saints show us.

This past Wednesday, September 29, was the Feast of the Archangels, St. Michael, St. Gabriel, and St. Raphael. This Saturday, October 2, is the feast of the Guardian Angels. The Catholic Church teaches that every person has a guardian angel that accompanies us through this life. (Read more about how to relate to your guardian angel). Angels are spiritual beings, so they don’t have bodies, though they often appear in bodily form to convey important messages from God (the word “angel” means “messenger”). They can appear as human beings, or as fierce creatures with six wings and four faces (as they are described in Ezekiel) or as gyrating, flaming wheels (as they are described in Daniel). Despite what you may have seen in art of a certain type, they have never appeared as chubby babies with wings. Angels are extremely intelligent, extremely powerful creatures.

When angels appear to people in the scriptures, the first thing they usually say is, “Do not be afraid.” To encounter an angel is a scary thing, because angels are frighteningly holy. They don’t scare you like a horror movie. They scare you because, as C. S. Lewis describes in his novel, Out of the Silent Planet, when you encounter something so tremendously good, you realize that you don’t love goodness as much as you’d like to think. That’s a frightening, humbling realization.

Angels are, without a doubt, extremely holy. (Except for the fallen ones, which we call demons. They are extremely evil. Angels are never lukewarm). If that’s what holiness is, we may very well think, “I’ll just give up now and toss in the towel. I can never be that holy.” And it’s true. You can never be holy like an angel, because you are not an angel. You are a human being. Human beings certainly can be holy because God made us to be holy, which is to say God made us to be like Him. And some human beings are so much like God that we describe them as “angelic.” Those are the saints.

October 4 is the feast day of St. Francis of Assisi, one of my favorite saints (and probably one of yours, too). St. Francis is one of the most popular Catholic saints because he has to a large extent — like the cherubic angels — been “declawed” by secular society. We are often presented with a very saccharine image of St. Francis that is certainly “nice” but doesn’t challenge us in any particular sort of way. I’m sure you’ve seen images of Francis with a bird on his shoulder, surrounded by squirrels and bunnies and other woodland creatures, looking more like Disney’s Snow White than a powerful reformer of the Church.

The real life St. Francis was called “Seraphic” after the highest ranking order of angels. That should give you an idea of how powerfully holy Francis was (and is). St. Francis came from a wealthy merchant family, but after hearing the gospel account of the rich young man who would not follow Christ because he refused to give up his possessions (Mt 19:16-30), Francis renounced all his worldly goods in a very dramatic and public way. He confronted his father, renounced his inheritance, stripped off his fine clothing and walked away entirely naked. He must have looked extremely foolish, but Francis didn’t care. He found no greater joy than being “God’s fool,” as he described himself.

From that point forward Francis devoted himself to a life of radical poverty, prayer and preaching the word of God. He received the stigmata; the wounds of Christ miraculously appearing in his flesh. He founded not one, not two, but three religious orders that still flourish to this day (the Friars Minor, the Order of St. Clare, and the Third Order of St. Francis). He is one of the most successful reformers the Church has ever known and his influence cannot be measured.

Like the angels, St. Francis is powerfully holy. And like the angels, you may look at his example and say, “I could never do that. I could never embrace poverty so radically. I can’t establish religious orders. I’m not a Church reformer.” And so you may think, “I’m not a saint.” But those things were the fruits of Francis’ holiness; not the source of it.

The great thing about the saints is their variety. All saints are alike in that they are all like God, but they are all different because they each reflect God in a unique way.

October 1 is the feast day of a very different saint from St. Francis, though one just as beloved. It is the feast of St. Therese of Lisieux, also known as the “Little Flower.” St. Therese was born in 1873 and died only 24 years later of tuberculosis. She entered a Carmelite convent at the age of 15, so spent much of her life fairly isolated from the world. She was a rather sickly girl, who had trouble making friends. She was smart, but struggled in school. This is not a person from whom you would expect great things.

That’s where you’d be wrong. Holiness is surprising in that way.

Therese was initially frustrated by her inability to do what we might consider “great things.” But she found her path to holiness in what she called her “Little Way,” described by some as “doing small things with great love.”

It was a different St. Therese (Mother Theresa of Calcutta) who said those words, but she was heavily influenced by the example of St. Therese of Lisieux, who wrote in her diary that “Our Lord does not so much look at the greatness of our actions, or even at their difficulty, as at the love with which we do them.” She also said that we should never miss an opportunity of “doing the smallest right and doing it for love.”

St. Therese considered herself to be “the smallest of creatures” yet she knew her heart was made for love and that love can accomplish all things. This “Little Way” described in her diary has inspired untold numbers of people to follow her example of holiness — like Mother Theresa, doing “little things with great love” — and for this reason she has received the title “Doctor of the Church,” the youngest person to be so honored.

The “Little Way” of St. Therese is child-like. The foolishness of St. Francis’ is child-like. The Seraphim soaring through heaven on their six wings and St. Michael slaying the great dragon with his sword are child-like (I mean, what child wouldn’t want to fly and slay dragons)! To enter God’s kingdom and be numbered with the noble company of angels and saints, you and I need to be as child-like as them. We need to be fools for Christ, to do little things with great love, to take ourselves lightly so we can soar with the angels.

To be like God, we must become like a child. It sounds paradoxical until we realize that God became a child for us.

The Word of God