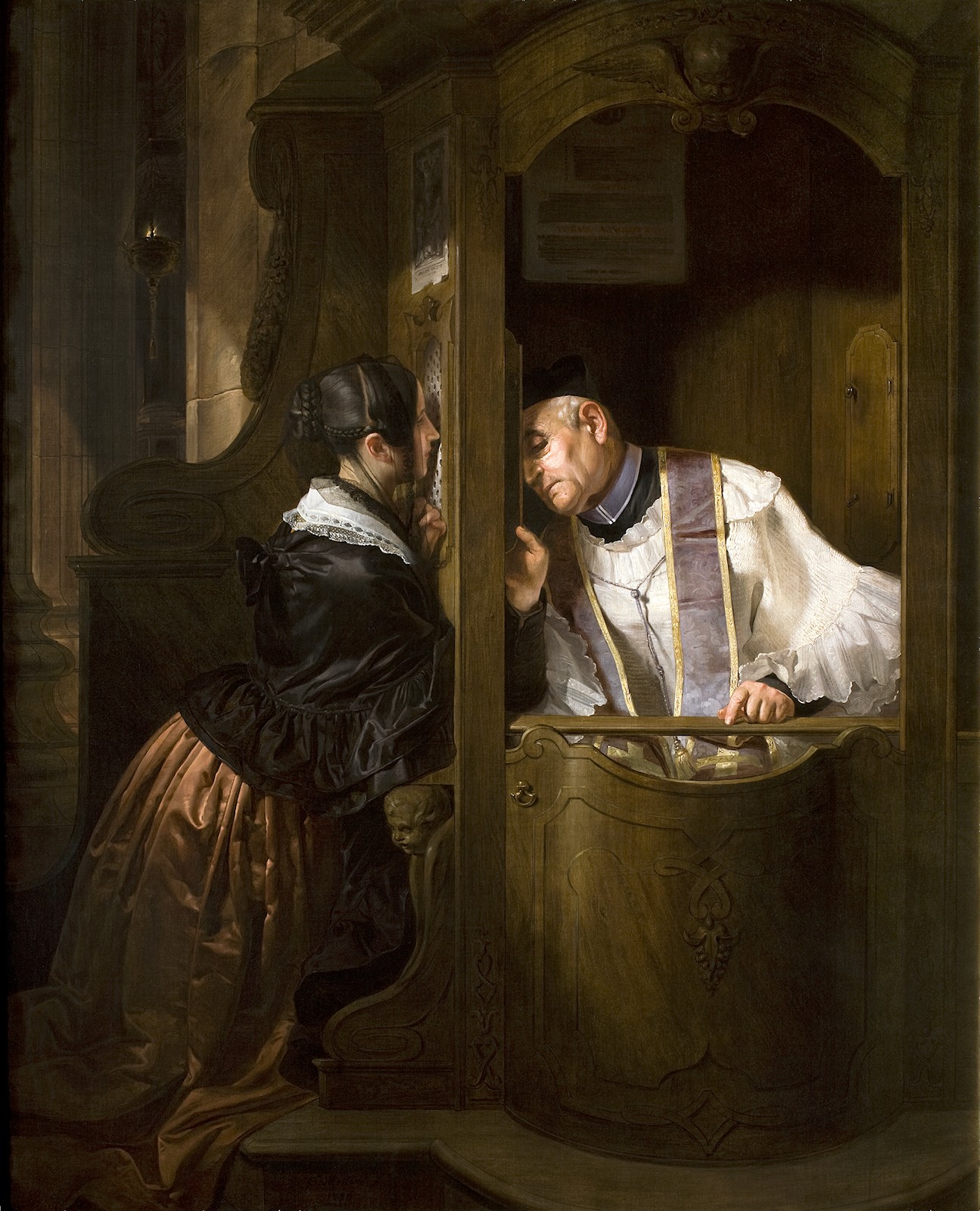 In the Jubilee Year of 2000 Pope St. John Paul II declared the second Sunday of Easter to be celebrated each year as a feast to Jesus’ Divine Mercy.  And now 15 years later, Pope Francis has declared another Jubilee Year — a year devoted to Mercy, to be celebrated from Dec. 8, 2015 (the feast of the Immaculate Conception) to Nov. 20, 2016 (the feast of Christ the King).  In his very first Angelus address as Pope, Francis reminded us, “Let us not forget that God forgives, and God forgives always.”  This extraordinary holy year is a needed reminder to the world of God’s great and loving mercy that can be found in the Catholic Church.

Recently I had the pleasure of escorting several students on retreat, the theme of which was “Reasons Why.”  Each student on retreat was asked to reflect on the reasons why they were Catholic.  For some a decision was made to become Catholic as an adult.  For those born into the Church the decision must still be made in adulthood to remain a Catholic.  Why make that choice?  What does the Church have to offer?
When the English writer G. K. Chesterton was asked why he became a Catholic, he famously answered, “To get my sins forgiven.”  Chesterton had a way of getting to the heart of the matter.  Truly, if the Church is stripped down to its core, the only reason for its existence is to mediate God’s mercy to sinners so that they (we) may be reconciled to Him.  That is it.
The whole drama of salvation history has been all about this.  God’s covenant relationship with the people of Israel.  The Incarnation.  All the teachings of Jesus. His passion and death.  His glorious resurrection.  The establishment of the Church.  All this has been about one simple thing: reconciling man to God by means of His mercy.
In our gospel today the Risen Christ appears to the Apostles one week after that first Easter Sunday. They are locked away in a room, hiding in fear.  But Christ does not want them to be hidden.  He does not want them to be fearful.  So He gives them His peace.  And He sends them on a mission.

“Peace be with you.  As the Father has sent me, so I send you.”  And when He had said this He breathed on them and said to them, “Receive the Holy Spirit.  Whose sins you forgive are forgiven them.  Whose sins you retain are retained” (Jn 20:21-23).

And so Jesus, the Son of God and the only man possessing God’s authority to forgive sins, passes that authority on to the first leaders of the Church; an authority subsequently passed on to every priest and bishop from that time to this.  This is the origin of the Sacrament of Reconciliation, or what is commonly called Confession.  We humble sinners come before the priest, that minister of mercy, to confess our sins.  The priest, not on his own authority but with the authority granted by Christ through the Holy Spirit, conveys God’s forgiveness.
Elsewhere in scripture St. Paul tells us:

“All this is from God, who reconciled us to Himself through Christ and gave us the ministry of reconciliation: that God was reconciling the world to Himself in Christ, not counting people’s sins against them.  And He has committed to us the message of reconciliation.  We are therefore Christ’s ambassadors, as though God were making His appeal through us.  We implore you on Christ’s behalf: Be reconciled to God” (2 Cor 5:18-20).

God wants nothing more than to shower His mercy upon us, but because His mercy comes from love it cannot be forced.  It can only be accepted.  Each time we come to the confessional we accept God’s gift of mercy.  Each time a soul comes back to the Church, God rejoices at the reconciliation.  This is why He established the Church — to open wide the gates of His mercy.
Come through those gates.  Come into the Church, the “community of believers that is one one heart and mind” (Acts 4:32).  To be reconciled to God is to be reconciled to one another.  Mercy is the mission of the Church and mercy is the mission of all in the Church.  The priest is the ambassador of Christ sacramentally in the confessional.  But every Christian is an ambassador of Christ in the world, helping to spread the message of His mercy to all who need it.  To receive God’s mercy is to become yourself a conduit of mercy for others.  Every time you forgive someone in your heart, you are doing God’s work.  Every time you hold anger or hatred in your heart toward another, you are doing the work of Satan.  Do not allow bitterness and anger to gain a foothold in your life.  Be an ambassador of forgiveness.  Show mercy to others, and you will know God’s mercy all the more.
Let us pray for an increase of mercy in the world and in our hearts, today on this day of Divine Mercy, during the extraordinary Jubilee Year of Mercy, and for all years to come.