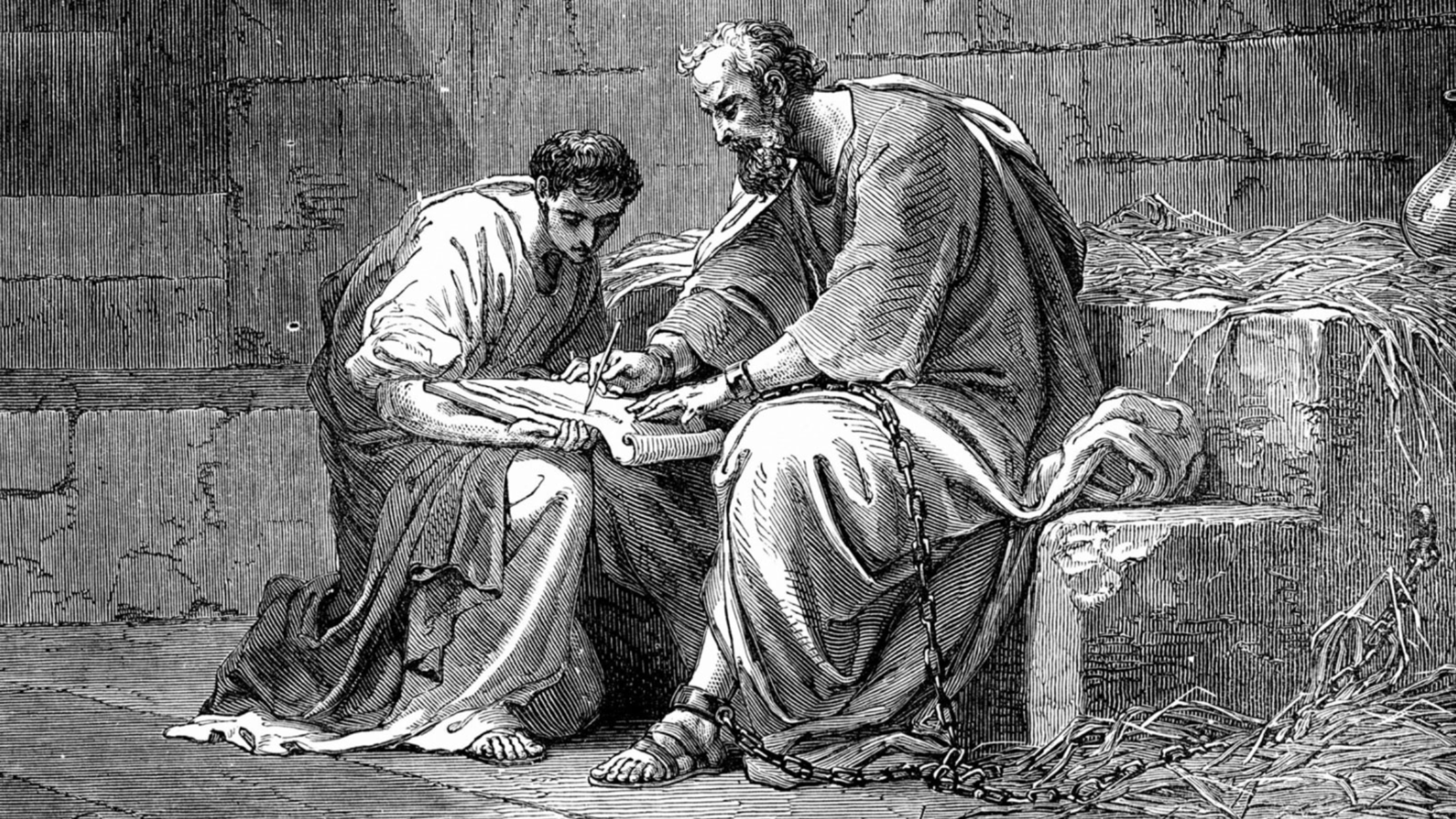 Let’s be clear. The Catechism of the Catholic Church teaches that the “enslavement of human beings,” which it defines as, “their being bought, sold and exchanged like merchandise,” is a “sin against the dignity of persons” (CCC 2414). No need to mince words. Slavery is bad.

In this Sunday’s second reading, St. Paul writes about sending a runaway slave named Onesimus back to his owner, Philemon. Some have read this as a tacit acceptance by the Apostle of the institution of slavery, which we naturally have trouble reconciling with the brutal and inhumane treatment of African slaves in the American past. How could any Christian, let alone a saint and the author of most of the New Testament condone such a thing?

My answer is that he wouldn’t. So what’s going on in this passage?

As I mentioned during our Credo discussion after Mass last Sunday, when reading scripture it helps to have an understanding of the historical context in which it was written. This epistle is a short letter written by Paul while he was imprisoned (most likely in Rome) to someone named Philemon, along with Apphia (possibly Philemon’s wife) and Archippus (possibly Philemon’s son). The family were apparently leaders in the early Christian community — and they were slave owners.

Slavery was a common institution in the ancient Roman world. During the first century, slaves in Rome actually outnumbered free citizens. Historically, most civilizations practiced some form of slavery, but some granted slaves more rights than others. For example, in ancient Rome, while slaves were not free to leave their positions and were definitely considered lower class, they did have the right to own property, earn money, and even purchase their own freedom, which many did. Slaves often came from the same ethnic group as their masters, so there was not a racial component to Roman slavery. Some slaves became quite wealthy and held high government offices. One former slave named Pertinax even became emperor for a short time at the end of the second century!

By contrast, the form of slavery practiced historically in America was especially horrific. Black African slaves were viewed as property, not people, meaning slave owners could essentially do anything they wished to them, including torture and execution, with no repercussions. And because the slave/master division fell along racial lines, even free blacks in America were subject to racial persecution and segregation.

So it would be anachronistic of us to think about slavery in the ancient Roman world as being the same as slavery as it was practiced in the antebellum American south. While there was definitely a class difference between Roman slaves and their masters, and slaves were often mistreated, it was much more humane as an institution. So when St. Paul writes, as he does on multiple occasions, that slaves should be obedient to their masters (cf. Eph 6:5, Col 3:22), we shouldn’t read this as an endorsement of racism or human trafficking, but rather an exhortation for those under authority to be obedient to those to whom they are subject. In these very same passages, St. Paul also exhorts masters to treat their slaves justly (Eph 6:9, Col 4:1). The larger point that Paul is making is that even in relationships where there is a power imbalance, such as children/parents, students/teachers, and employees/employers, all human beings have the same inherent dignity and should be treated with love and respect.

So now let’s return to Paul’s letter to Philemon and see what was going on with the runaway salve Onesimus. According to the information in that letter, Onesimus was not a very good servant to Philemon. He is called “useless” (Phmn 11) and he may have even stolen money from his master (Phmn 18).

After running away, however, Onesimus received the gospel and became a Christian. After his conversion, Onesimus is a new man. He has become dear to Paul, who calls him “my own heart” (Phmn 12). But Paul recognizes that Onesimus has obligations to his former master, including unpaid debt (see Phmn 18). Paul sends Onesimus back to Philemon out of a sense of justice, but asks Philemon to “receive him as you would receive me” (Phmn 17), imploring him to take Onesimus back “no longer as a slave, but more than a slave, a brother… as a man and in the Lord” (Phmn 16). Paul offers to repay any debt that Onesimus might owe, not-so-subtly reminding Philemon of the great debt he owes to Paul: “May I not tell you that you owe me your very self” (Phmn 19).

The larger point is this: even though Philemon and Onesimus occupy very different social strata in the eyes of the world, they have equal standing as brothers in Christ in the kingdom of God. This is the primary lesson of Paul’s letter, and something we should keep in mind in all of our various relationships today. Whether we are dining with the Queen of England or sharing a meal with a beggar at a soup kitchen, everyone deserves the same respect and consideration. As Paul would write in a different letter, “There is neither Jew nor Greek, there is neither slave nor free person, there is not male and female; for you are all one in Christ Jesus” (Gal 3:28).

More information on how slavery in the ancient world differed from the American experience of slavery can be found in this episode of Jimmy Akin’s Mysterious World on Harriet Tubman (specifically from 3:38 to 23:22).

In All Things Give Thanks