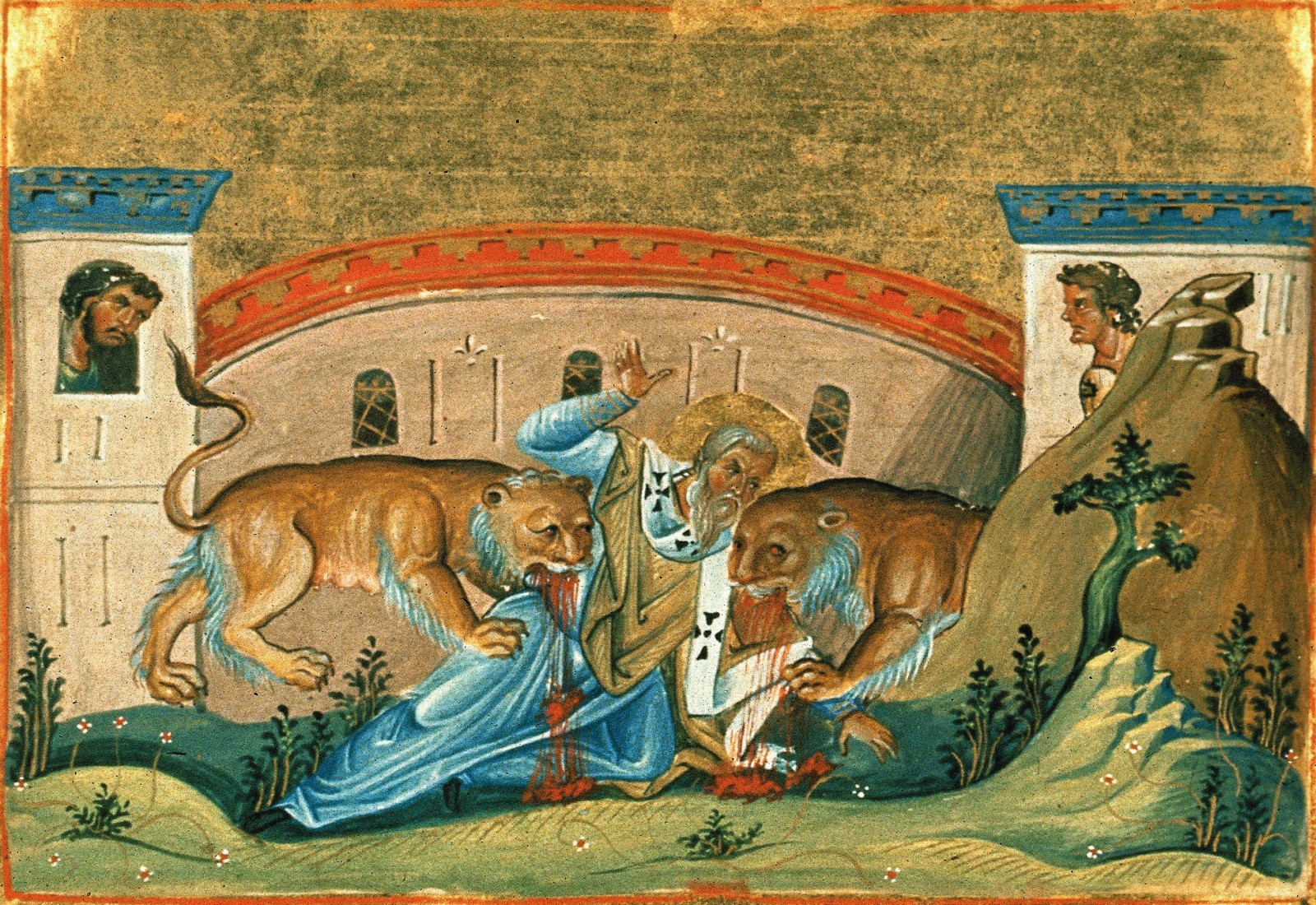 One of the things I really enjoy about the Easter season is all the readings we get from the Acts of the Apostles during Mass. I love the book of Acts. It’s the earliest history we have of the very beginnings of the Church. It’s our origin story. I find it fascinating to read about the Church in her infancy and see in seed-form all the essential elements of what we have today.

In the readings for Tuesday of the Fourth Week of Easter, we get a reading from Acts chapter 11 that describes the activities of the Apostle Barnabas, and how he traveled with St. Paul to Antioch. The passage ends with this little gem:

For a whole year they met with the Church and taught a large number of people, and it was in Antioch that the disciples were first called Christians (Acts 11:26).

There is much about the faith that we take for granted, including the very name “Christian” itself. We don’t often stop to wonder where the name came from, or that there was a time when it was new. So this passage may catch us off guard. It reminds us that there was a time before the followers of Christ had a name. And it tells us exactly when and where that name was first used; in Antioch, sometime around the year 47 AD.

It turns out that the earliest known use of the name “Catholic Church” is also from Antioch. It comes to us from the writings of St. Ignatius of Antioch. According to early biographies, St. Ignatius was a student of the Apostle John, and was installed as bishop of Antioch by St. Peter and St. Paul. He is said to have served as Antioch’s bishop for forty years before dying as a martyr in the year 107.

St. Ignatius was arrested during the persecution of the emperor Trajan. He was then transported under military guard to Rome for public execution. Along the way, he wrote letters to the churches in the cities through which they passed, encouraging them in the faith. These letters survive and represent some of the most important extra-biblical early Christian writings we have, as they were written by someone who literally learned the faith at the feet of the Apostles. St. Ignatius was a major leader of that first generation of Christians.

It is in the letter St. Ignatius wrote to the Church in Smyrna that we find the first written record of the name “Catholic.”

See that you all follow the bishop, even as Christ Jesus does the Father, and the priests as you would the Apostles. Reverence the deacons as those who carry out the appointment of God. Let no man do anything connected with the Church without the bishop. Let that be deemed a proper Eucharist which is administered either by the bishop of by one to whom he has entrusted it. Wherever the bishop shall appear, there let the multitude also be; even as wherever Jesus Christ is, there is the Catholic Church (qtd. in The Fathers of the Church, Mike Aquilina).

We don’t know that St. Ignatius was the first person to use the name “Catholic Church.” In fact, he most likely wasn’t. He seems to use the name here as something that would have been familiar to those he was writing to. This letter is simply the oldest written record that survives of the name being used. In all probability it was in use much earlier. Ignatius may very well have learned the name from the Apostles themselves.

The word catholic comes from the Greek word for “universal” (literally “of the whole”) and we use it not only because the Catholic Church teaches universal truth, but because its mission is of a universal scope. Another early Church Father, St. Cyril of Jerusalem, explains it this way:

[The Church] is called catholic, then, because it extends over the whole world, from end to end of the earth, and because it teaches universally and infallibly each and every doctrine which must come to the knowledge of men, concerning things visible and invisible, heavenly and earthly, and because it brings every race of men into subjection to godliness, governors and governed, learned and unlearned, and because it universally treats and heals every class of sins, those committed with the soul and those with the body, and it possesses within itself every conceivable form of virtue, in deeds and in words and in the spiritual gifts of every description (Catechetical Lectures 18:23 [A.D. 350]).

A little further in that same document, St. Cyril advises:

And if you ever are visiting in cities, do not inquire simply where the house of the Lord is—for the others, sects of the impious, attempt to call their dens ‘houses of the Lord’—nor ask merely where the Church is, but where is the Catholic Church. For this is the name peculiar to this holy Church, the mother of us all, which is the spouse of our Lord Jesus Christ, the only-begotten Son of God (ibid., 18:26).

That the name Catholic was held in such high regard not only by those within the Church, but also without, is further testified to by St. Augustine who wrote toward the end of the fourth century:

“We must hold to the Christian religion and to communication in her Church, which is catholic and which is called Catholic not only by her own members but even by all her enemies. For when heretics or the adherents of schisms talk about her, not among themselves but with strangers, willy-nilly they call her nothing else but Catholic. For they will not be understood unless they distinguish her by this name which the whole world employs in her regard” (The True Religion 7:12 [A.D. 390]).

Today in the United States, a majority Protestant nation, we use the word “Catholic” not only as the name of the Church, but as a proper name for its individual members. “I am a Catholic,” we often say. We may also find ourselves having to explain at times to our Protestant friends and neighbors that yes, Catholics are indeed Christians.

Perhaps it would behoove us to be more conscientious about how we identify ourselves to others. I am a Christian, meaning I am a disciple of Jesus Christ. And as such I belong to the Church that is Catholic.