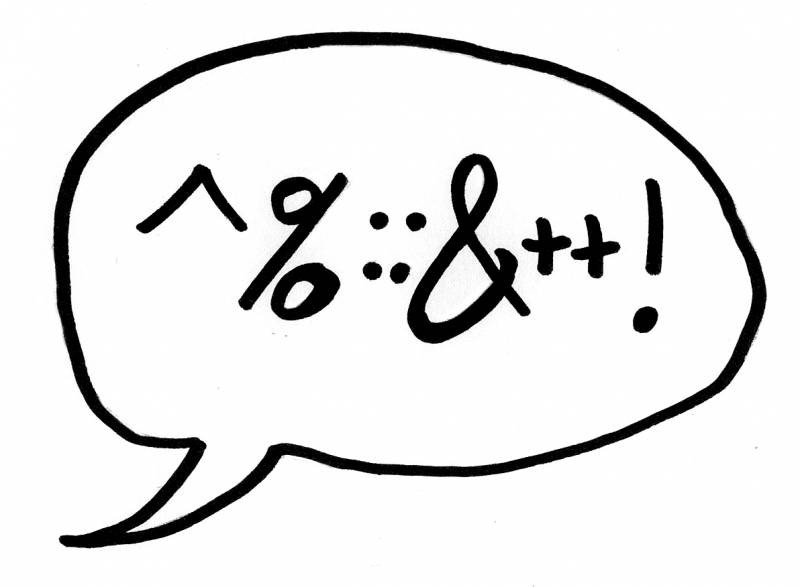 We’ve started working our way through the Ten Commandments in our Sunday Credo catechetical discussions, and last night the topic was the first three commandments, which deal with how we are to love God. Most of the conversation focused on the second commandment in particular, which is to not take the Lord’s name in vain (see Ex 20:7, Deut 5:11).

The question that kicked off the conversation was, “Does that mean we shouldn’t curse?”

What is a Curse?

I answered that question with another: “What do you mean by cursing?” We use that term pretty imprecisely these days. Many of us understand “cursing” (or “cussing” as we say here in the south) to mean using any sort of crass language. But cursing is actually something more specific than that. It’s the opposite of a blessing.

When you bless someone, or ask God to bless someone, that means you are wishing that person good. You are asking God to bestow good things upon them. A curse is the opposite. To curse someone is to wish them harm. We may associate curses with fantasy portrayals of witches from fairy tales and Disney movies. But curses are, in fact, a real thing.

There are in fact those who practice dark arts — even here on our campus — and it is possible someone may attempt to place a curse on another person. In that case, there are prayers and blessings the Church can offer to alleviate the spiritual harm that may be done.

But one does not have to be an occultist to wish harm upon another person. Any time we express a desire that something bad might happen to someone else, that is a form of curse. As Christians, we are called to bless and not curse. “Do not repay evil for evil or reviling for reviling, but on the contrary, bless, for to this you were called, that you may obtain a blessing” (1 Pt 3:9).

Cursing as such does not violate the Second Commandment (unless you are also invoking God’s name as part of the curse). But that doesn’t make cursing okay. Wishing others harm constitutes a grave violation of the command to love our neighbor.

When most people say “curse words” today, what they mean is not an actual curse, but crass or foul language — what some call “four-letter words.” Usually these are slang terms for bodily functions, considered inappropriate in polite society. Just using crass language does not violate the second commandment. So is it wrong to use?

It largely depends on the situation. Using crass language may not be objectively immoral, but it is… crass. The fact that society considers certain words rude or inappropriate is not for nothing. We live in society and when we interact with society we ought to be mindful of societal norms. So while using crass language itself may not be a sin, it can show a lack of concern for the sensibilities of those around us, and that can be sinful, especially if done intentionally. 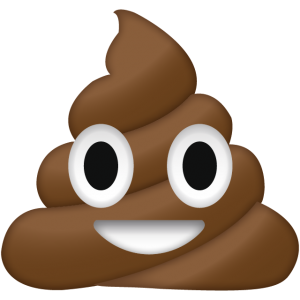 That being said, the very crassness of foul language can sometimes be an effective way to underscore a point. We even find crass language being used this way in the Bible. In his letter to the Philippians, St. Paul writes: “I count everything as loss because of the surpassing worth of knowing Christ Jesus my Lord. For his sake I have suffered the loss of all things, and count them as refuse, in order that I may gain Christ” (Phil 3:8).

The word that is translated as “refuse” in the Revised Standard Version quoted from above is the Greek word σκύβαλα (skubala), which means “human excrement.” But it’s a very vulgar term for excrement — the Greek equivalent of our English word “shit.”

St. Paul was a very holy man, and also a very literate man. He chose this word intentionally, precisely because he knew its vulgarity would be shocking. He was making the point that in comparison to what we stand to gain in Christ, everything else the world has to offer is like so much… skubala.

The Name of the Lord

What is forbidden by the second commandment is not vulgar language or even cursing (though that’s still a sin), but evoking the Lord’s name in vain. That doesn’t mean we can’t use the Lord’s name at all. But it means we have to treat it with respect and reverence.

This doesn’t just apply to the tetragrammaton (YHWH or yawheh) revealed to Moses from the Burning Bush, “I AM who I AM” (Ex 3:14). It also applies to the name of Jesus, the Holy Spirit, or other ways we refer to the Divine Being, including Lord or God.

We violate the second commandment whenever we misuse one of these holy names.  We can do this by blaspheming against the name of God, or using the name of God to swear an oath we don’t intend to keep. But we also violate this commandment when we use God’s name casually, unthinkingly, without meaning or intention. This is the very definition of in vain. It is without purpose.

We use “OMG!” (and yes, it’s bad to use even in abbreviated form) to express disbelief, pain, shock, pleasure, disgust, and a host of other reactions. It’s the go-to expletive of our society. And that speaks volumes about how much our society values (or doesn’t value) God.

When we say the words “Oh my God,” it should be in prayer. If the first thing you do when you injure yourself or have a strong reaction to something is call out to God in prayer, then that’s a very pious thing. You go ahead and do that! But most of us aren’t using these words in that way. We are just saying the words as a meaningless expletive –and that’s the sin.

We are each responsible for controlling our own tongues. Patterns of speech, including using God’s name in vain, can become habitual, but habits can be broken. We just need to be intentional about our language, especially how we use the name of God.

But a lot of the questions last night revolved around what our response should be when we hear others use the Lord’s name in vain. These questions fell into roughly two categories: hearing it used by people around us, and hearing (or reading) it in entertainment and the media.

When we hear others use the Lord’s name in vain in public, often the best thing to do is to simply endure it quietly. Christians are not only called to do good; we are also called to endure evil patiently. When you hear the Lord’s name being used in vain, just say a little inward prayer, asking God to forgive us for the misuse of his holy name. If you are regularly around someone who uses the Lord’s name in vain, however (such as in class, at work, in your family or friend group), it’s perfectly OK to have a frank, but polite, conversation with that person letting them know that it bothers you, as a Christian, to hear God’s name used in that way. Most people do not wish to intentionally offend others and will try to respect that — and if they don’t, at least you know how much they respect your beliefs.

When it comes to entertainment that uses the Lord’s name in vain, context is important. Stories frequently portray people doing sinful things, whether the character is a villain, or just an imperfect hero. We should ask, is the sin being glorified, or shown as the sin that it is?

We should also remember that we always have the option to turn off the TV, change the radio station, or not listen to that podcast. We are in control of our media intake. If something we are watching or listening to regularly uses the Lord’s name in vain, we have to ask ourselves, is this really worth it? Is the good I am getting out of this worth tolerating the evil of using God’s name in vain? Chances are, it’s not. Don’t be afraid to use the power of the off button.