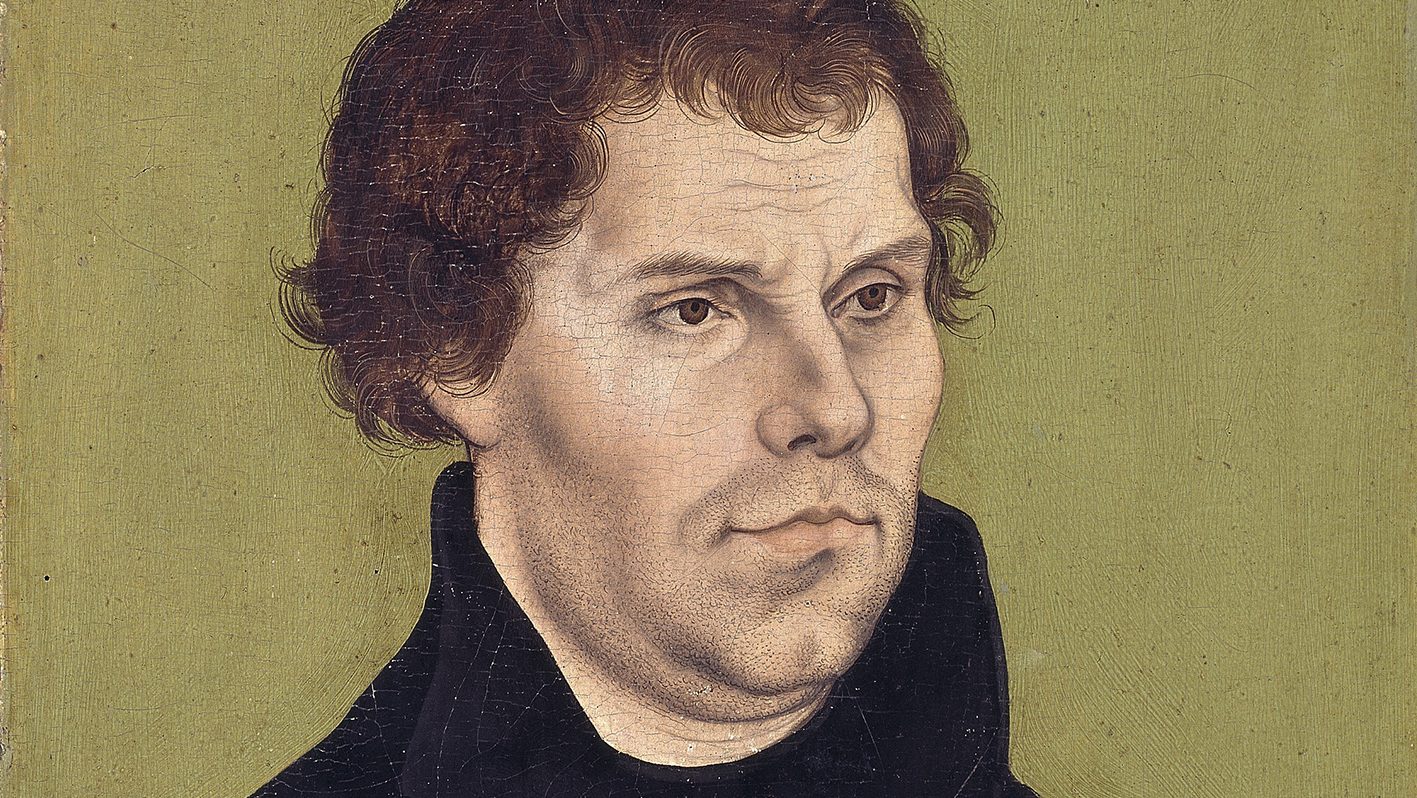 A former student sent in a question recently:

Hello Deacon Matt! I had a question that came up in my women’s bible study the other week and it has been weighing on my heart. Do you have any insight or advice to the following question: Do protestants go to heaven? I know we cannot pass judgements on another person’s soul but I want a deeper answer and haven’t been able to find one.

Outside the Church there is no salvation

It is a teaching of the Catholic Church that outside the Church there is no salvation. But this does not mean one needs to be a card-carrying member of the Catholic Church in order to enter heaven. In fact, that strict interpretation of this doctrine has been condemned as a heresy, called Feeneyism, after an American priest named Fr. Leonard Feeney. He was excommunicated by the Catholic Church for teaching in the 1940s that it was impossible for non-Catholics to be saved (he was eventually reconciled to the Church before his death in 1978, praise be to God).

So what does the Church mean when she teaches that “outside the Church there is no salvation?” That topic is covered in the Catechism of the Catholic Church paragraphs 846-848. It says, “Re-formulated positively, it means that all salvation comes from Christ the Head through the Church which is his Body” (CCC 846). It then quotes from the Second Vatican Council:

Basing itself on Scripture and Tradition, the Council teaches that the Church… is necessary for salvation: the one Christ is the mediator and the way of salvation; he is present to us in his body which is the Church. He himself explicitly asserted the necessity of faith and Baptism, and thereby affirmed at the same time the necessity of the Church which men enter through Baptism as through a door. Hence they could not be saved who, knowing that the Catholic Church was founded as necessary by God through Christ, would refuse either to enter it or to remain in it.

A simple way of putting it is:

Those who, through no fault of their own, do not know the Gospel of Christ or his Church, but who nevertheless seek God with a sincere heart, and moved by grace, try in their actions to do his will as they know it through the dictates of their conscience — those too may achieve eternal salvation.

Note that the Council Fathers don’t say such a person is definitely saved. They only say such a person may be saved. This is because it is not up to any of us to judge the state of another’s soul. That is something known only to God, and we cannot put limits on God’s mercy.

But assuming such a person who has never heard the Gospel of Christ is saved, how would that work? Does God make an exception to his own rule? Does this mean it’s possible to be saved apart from Christ?

After affirming the necessity of Baptism (CCC 1257), the Catechism goes on to discuss different forms baptism may take. The ordinary form is ritual baptism by water. But the Church has long recognized other possibilities, such as baptism of desire for those who have Christian faith but die before they are able to receive ritual baptism (such as the good thief crucified next to Jesus); and baptism of blood for those who suffer death for the faith even if they have not received water baptism. These other forms of baptism “bring about the fruits of Baptism without being sacraments” (CCC 1258).

The fruit of Baptism (salvation) is what’s important. Someone who has never received the gospel of Christ but nevertheless is seeking to know God and do his will would presumably desire baptism were they to know this was the ordinary means to unite themselves to God; therefore they would theoretically be recipients of something akin to the baptism of desire.

What does this tell us about the original question regarding salvation for Protestants?

If someone who has never even heard the Gospel of Christ can potentially be saved if they seek to do God’s will, certainly Protestants, who have heard and accepted the Gospel (even if they disagree with some or many of the doctrines of the Catholic Church) are in a far better position.

There is an ancient adage in the Catholic Church: lex orendi, lex credendi. It means “the law of prayer is the law of belief.” It means that you can learn a lot about what the Church teaches by looking at her liturgy. And what do we do in our liturgy when we accept a former Protestant into the Catholic Church? We don’t baptize them. Why not? Because we recognize that they have already been validly baptized.

This speaks volumes to the original question of whether Protestants can be saved. If the Catholic Church didn’t think salvation was possible in Protestant communities, we would baptize every Protestant we receive into the Church. But we don’t do that. We recognize Protestant baptisms as valid, which means salvific grace is operative within Protestant communions.

The Church knows that she is joined in many ways to the baptized who are honored by the name of Christian, but do not profess the Catholic faith in its entirety or have not preserved unity or communion under the successor of Peter.

It goes on to say that those “who believe in Christ and are properly baptized are put in a certain, although imperfect, communion with the Catholic Church” (CCC 838).

Full sacramental initiation into the Body of Christ (the Catholic Church) requires Baptism, Confirmation and Eucharist. First we die to self and are reborn in Christ. Then we are sealed in the Holy Spirit and receive our anointing as Christians. Finally we are nourished on the Body and Blood of Jesus himself. Only a priest or bishop can celebrate the sacraments of Confirmation and Eucharist, but anyone — even a non-Christian — can administer valid baptism (see CCC 1256). This means even though Protestants lack the sacrament of holy orders and do not have valid Eucharist or Confirmation they still have one of the three sacraments of initiation, making them, from the perspective of the Catholic Church, in “imperfect” communion with us.

Imperfect communion is not full communion, but it’s also not nothing. That’s why when Protestants become Catholic, we shouldn’t refer to them as converts (though we often do). More properly, they are Christians completing their initiation into the Body of Christ by being received into full communion with the Catholic Church.

So once Protestants are baptized, they receive salvific grace, just like Catholics. But what happens when they fall into sin? Mortal sin is contrary to a life of grace, which is why Christ gave us the sacrament of reconciliation (Confession) to restore us to grace when we fall (see CCC 1446). Protestants don’t have the sacrament of confession. Does that mean they are only saved if they manage not to commit a mortal sin after they are baptized?

Not necessarily. Just as there exists a baptism of desire, there is something similar with confession. This is important for Catholics to know, as well. What happens if you are truly sorry for your sins, but don’t have access to a priest for Confession (say you are on a plane going down and you have a few moments to make an act of contrition but there is no priest on board to absolve you)?

The Catechism of the Catholic Church teaches:

When it arises from a love by which God is loved above all else, contrition is called “perfect” … Such contrition remits venial sins; it also obtains forgiveness of mortal sins if it includes the firm resolution to have recourse to sacramental confession as soon as possible.

While it is not addressing the situation of Protestants who possess Catholic belief about sacramental confession, it could be argued that if they have perfect contrition, as described above, God would reconcile them to himself in a way known only to him.

How Can a Protestant be Saved?

We began by stating yes, a Protestant can be saved without entering the Catholic Church. Now let’s summarize how that would happen.

Does this mean we shouldn’t evangelize Protestants?

Not at all. Recognizing that elements of the Catholic faith, including those needed for salvation, exist within Protestant communities does not mean we should not offer our brothers and sisters in Christ all of the graces God makes available through his sacraments.

God established the Church and gave us the sacraments for our benefit. They nourish us and strengthen us on the road to salvation. It would be a sin for us to know this, accept it for ourselves, yet refuse to offer these graces to others. In charity, we shouldn’t deny our neighbors all that the Church has to offer.

To Give Reason for our Hope