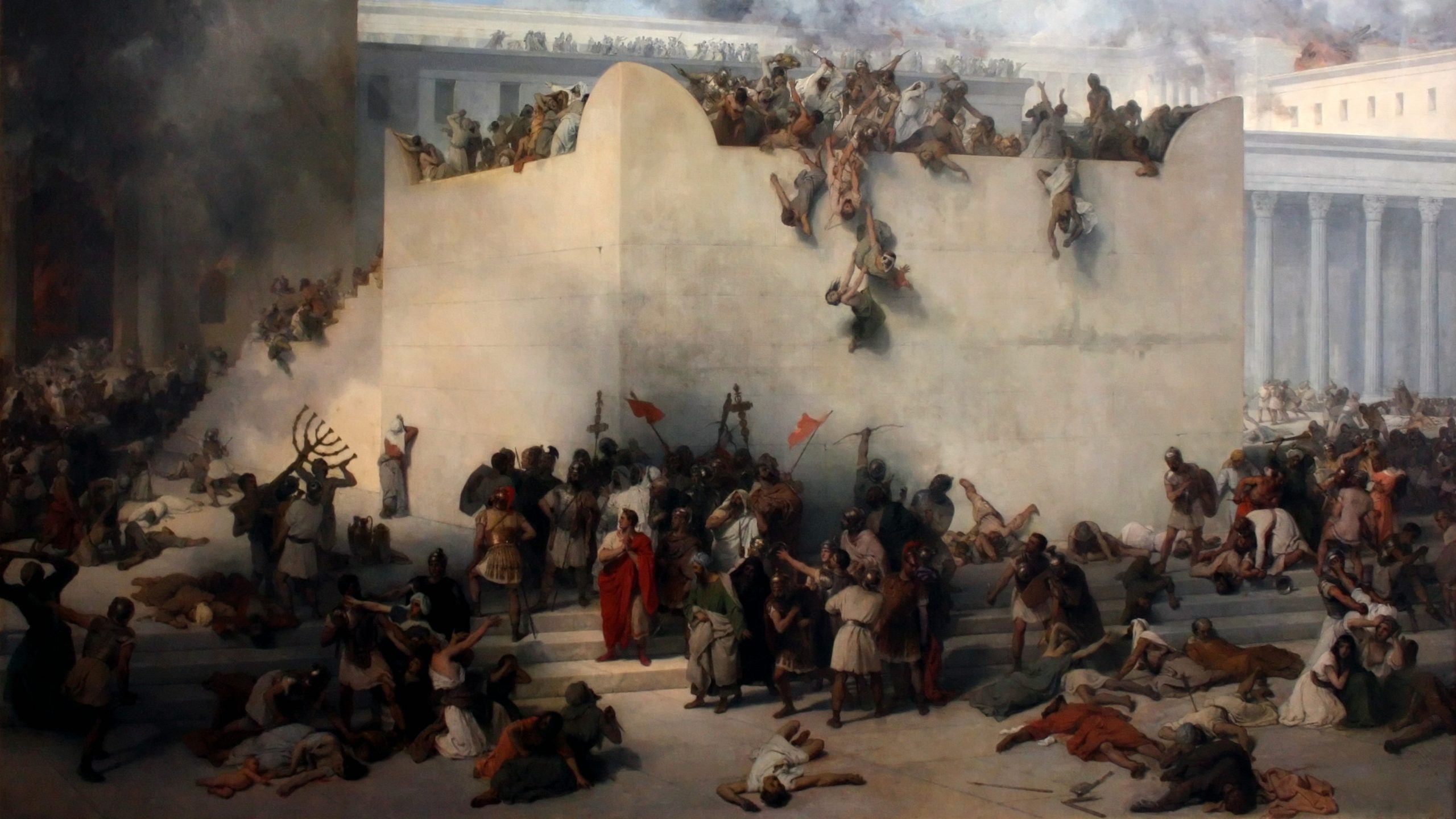 Are We Living in the End Times?

As we approach the end of Ordinary Time and the start of a new liturgical year, the Church invites us to reflect on the end of Time itself. In the gospel reading this week, the disciples ask Jesus, “When will this happen?” (Lk 21:7). Given Jesus’ response about earthquakes, famines and plagues, you might easily think he is talking about the end of time, especially paired with the Old Testament reading from the prophet Malachi about the coming fire that will burn evil doers to stubble but bask those who fear God in healing rays (Mal 3:19-20a).

The Temple in Jerusalem was destroyed by the Romans during an uprising in the year 70 AD. All of the signs that Jesus mentions here occurred during the lifetime of that first generation of disciples. False prophets rose up in his name (Lk 21:8). There was war and insurrection with nations rising up against other nations, specifically Israel rising up against Rome (Lk 21:9-10). There were earthquakes, famines and plagues and even astrological signs in the sky (Lk 21:11). The followers of Christ experienced persecution and imprisonment (Lk 21:12), and many were put to death (Lk 21:16). All of this happened before the Temple was destroyed.

And the destruction of the Temple did mark the end of things in a very significant way, at least for the Jewish people. The Temple was at the heart of the Jewish religion. It is where the presence of God dwelt, in the Holy of Holies (the Tabernacle). It is where priests could offer sacrifices to God. This is why all of the ritual sacrifices we read of in the Old Testament no longer take place. There is no Temple in which to offer them. After the Temple was destroyed, Judaism entered into a new phase called Rabbinical Judaism, centered around the teaching of the scripture instead of ritual sacrifice (rabbi means “teacher”). Many Jewish people hope to one day rebuild the Temple, which is currently the site of the Al-Aqsa Mosque, so that they may resume the practice of the ancient Jewish religion.

But for Christians, the end of the Old Covenant means the beginning of the New. Before his crucifixion, Jesus instituted the Eucharist, our new Passover meal, as the new and eternal covenant. It is a bloodless sacrifice of bread and wine, as prefigured by the High Priest Melchizedek, the King of Salem (later Jerusalem). It is an offering of the Body and Blood of the spotless lamb, Jesus Christ, the Son of God who offers himself as a sacrifice to the Father in atonement of our sins. It is a sacrifice we participate in and a covenant we renew at each and every Mass.

The Temple is destroyed, but a new Temple is erected, the Temple of Christ’s Body. In John’s gospel, Jesus says, “Destroy this Temple and in three days I will raise it up again” (Jn 2:19). John tells us he was speaking of his own body (Jn 2:21). Every baptized Christian is a member of Christ’s Body and therefore a living stone in the New Temple. God dwells in us. This means we are able to offer true worship to God not only in Jerusalem but wherever the Church gathers to celebrate the new covenant meal of the Eucharist.

So are we living in the End Times? Yes, in the sense that there will never be another covenant established between God and his people. Everything has been fulfilled in Christ. Everything that Jesus mentions as a sign of the end is ongoing: false prophets, wars and insurrections, plague, famine, earthquakes and other natural disasters, and especially the persecution of faithful Christians, is all still happening today and has been happening for the past 2000 years. God only knows how much longer it will go on.

But we have no reason to despair, for Christ has told us to expect such things. We cannot let our hearts be troubled over political turmoil or unrest in the world. The trials of this world are crosses we must bear until the Second Coming; until that glorious day when the sun of justice rises with its healing rays (Mal 3:20a). That day is coming. Until then, our job is simply to remain faithful and trust in the Lord. After this time of trial, justice and mercy will prevail.

Jesus assures us, “You will be hated by all because of my name, but not a hair on your head will be destroyed. By your perseverance you will secure your lives” (Lk 21:17-19). As St. Padre Pio so eloquently put it, “Pray, hope, and don’t worry.”