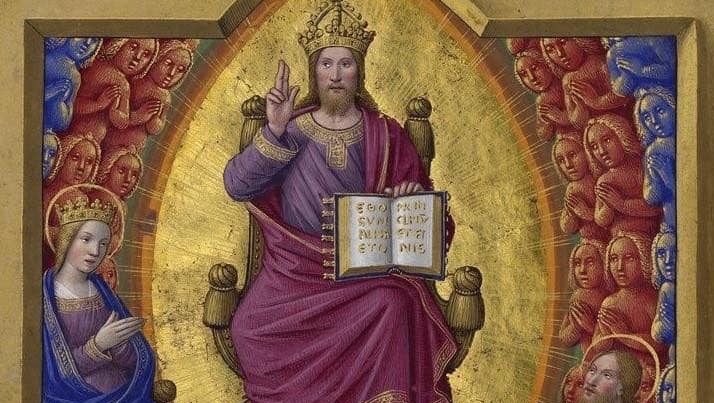 Where Does Christ Reign?

Solemnity of Christ the King

The last Sunday of Ordinary Time is celebrated as the Solemnity of Our Lord Jesus Christ, King of the Universe. Thus the Church ends the liturgical year with a triumphal celebration of the reign of Christ as High King over heaven and earth. This leads us to reflect on the nature of the kingdom of God that Jesus announced two thousand years ago. If we look at the world around us, it may not seem like Jesus is reigning. So where do we find His kingdom?

Many Jews of the first century expected the Messiah to inaugurate a political kingdom. They longed for freedom from Roman oppression and a return to the prosperity the people of Israel enjoyed under the reigns of wise and holy kings like David and Solomon, when they had been blessed by God. They expected God’s anointed one to be another ruler who would lead them to victory.

John the Baptist prepared the way for Christ’s coming by calling on people to “repent, for the kingdom of God is at hand.” Jesus preached the same after him. Christ spoke often of the kingdom of God. His followers waited with great anticipation for Christ to inaugurate that kingdom, which Jesus assured them was so near.

But many failed to recognize the King when he was with them. He made his triumphal entry into Jerusalem on a humble donkey, not a mighty war horse. He wore a crown of thorns, not of gold. No one expected a king without an army, a king who healed lepers and forgave sinners, or (especially) a king who was crucified.

As our Lord tells Pilate in this Sunday’s gospel, “My kingdom does not belong to this world” (Jn 18:36). If Jesus didn’t come to establish a kingdom on earth, where do we find his kingdom?

Some English translations of the Bible prefer the term “reign of God” to “kingdom of God” and perhaps this can help us understand better the nature of Christ’s kingship. When we hear the word “kingdom” we think of a geographical place; somewhere we can travel to, like the United Kingdom or even the “Magical Kingdom” of Disney World. This is not the kind of kingdom Jesus rules over.

If we think instead of the “reign of God” it becomes clear that God’s kingdom exists wherever Jesus reigns; that is to say, wherever he has been enthroned. This is why Jesus can say in Luke’s gospel that “the kingdom of God cannot be observed” (Lk 17:20) because “the kingdom of God is among you,” or in some translations, “within you” (Lk 17:21).

Does Christ reign in your heart? Then the kingdom of God is within you. You are a citizen of that kingdom right now, whatever your nationality in this world might be.

And what does it mean to let Christ reign in your heart? It means you have made him sovereign over your life. You obey his law and seek to do his will; not out of fear, like peasants obey the harsh law of a dictator, but out of love, like children obey their parents whom they trust to care for them. It means listening to Christ and following him in every aspect of your life — not just on Sunday and not just in your daily prayers, but in your friendships and family life, in the classroom and workplace.

Every time we pray, “Thy kingdom come,” we ask that God enthrone his Son in our hearts, which is why we follow this prayer with, “Thy will be done.” This is what it means to be a citizen of God’s kingdom — to do the will of the King — and you can do that now. You don’t need to wait for heaven; if you do you will have waited too late.

The scriptures call Satan is the prince of this world, but this prince’s was overthrown when Christ enthroned himself on the cross. His earthly kingdom is fading, but Christ’s kingdom endures forever. So who would you rather follow? The fallen king of this world, or the king who is to come? We have a choice to make.

Next Sunday begins the season of Advent, which is a time of preparation. As we prepare for the joyful celebration of our Lord’s coming in a manger at Christmas, it is fitting that we end the liturgical year with this celebration of Christ the King, as a reminder to prepare our hearts for His final coming in glory.

Repent, for the kingdom of God is at hand. Thy kingdom come. Come, Lord Jesus.

The Word of God