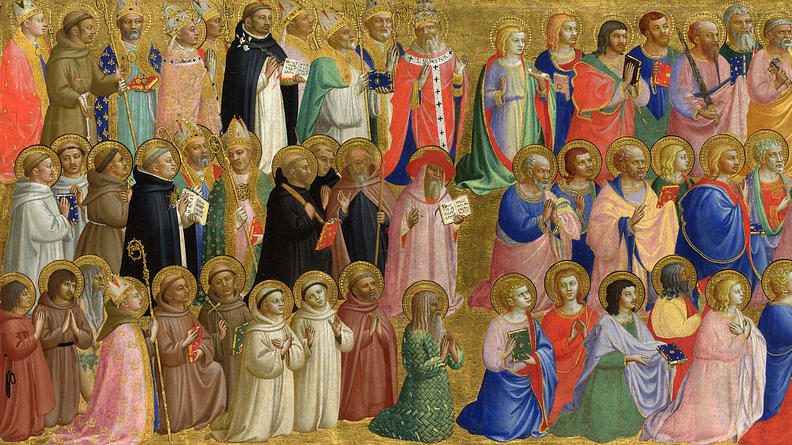 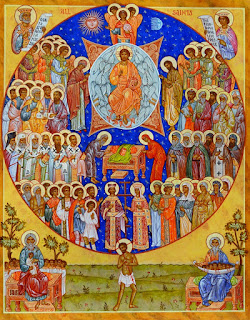 The Saints are often thought of as the heroes of the Catholic Church — and rightly so.  To be recognized as a saint means that person has “made it.”  They have “run the race” and “fought the good fight,” as St. Paul puts it (2 Tim 4:7), and now reside with God forever in heaven.  They are our inspiration and our intercessors.  They are the Catholic superheroes, with one important caveat.  We can fall into a trap of sorts when we think of a saint as a hero in secular terms.

What most often comes to mind when we think of a hero today?  The superhero genre is currently popular, so we might think of the Avengers, Spider Man, Superman, or the Fantastic Four.  These fictional characters all have special abilities which they use to save lives, help others, and make the world a better place.  There are often good lessons to be learned about sanctity in the stories of superheroes — lessons about self-sacrifice and putting the good of others before your own concerns.  But in the end, these are fictional heroes.  We may look up to them in a way, but we know we will never be able to fly, have super-human strength, or run at lightning speed.

Thankfully, not all heroes are fictional.  There are plenty of real life heroes to emulate.  For too many, however, their heroes are famous athletes, singers or movie stars.  Don’t get me wrong; a lot of hard work goes into singing, acting and athleticism, if any of these things are to be done well.  It is right to admire these skills that take much discipline to develop.  But the fact that someone has honed their craft doesn’t necessarily tell us anything about their moral character.  All too often we hear of celebrity break-ups and break-downs, athletes landing in jail, or succumbing to drug use.  When we make heroes out of the famous, we will be disappointed more often than not.

Then there are those that might be called true heroes.  These are the everyday people that make sacrifices for the good of others.  The doctors who perform life-saving surgeries.  The fire fighters who pull accident victims from a burning vehicle.  The police officers who keep criminals off the streets.

A common thread that runs through all these types of heroes is a sense that they are somehow exceptional.  The super-heroes have special abilities that we can never have.  The celebrities all have special skills that we know, realistically, most of us cannot attain to.  Even the true heroes are recognized for their above-average bravery and dedication.  We are not all cut out to be first responders.  We admire these people, but see them as the exception rather than the rule.  They stand out because they are not the norm.  Most of us will never be like them.

The saints are Catholic heroes, but with a difference.  They are exceptional, but not for any special skill or ability.  They are exceptional for their sanctity.  The word “sanctity,” like “saint,” comes from the Latin word sanctus, which means “holy.”  When we call someone a saint, we proclaim their holiness.  In a manner of speaking, that is their “superpower.”  But unlike the special powers or skills of secular heroes, the superpower of the saints is one we can all possess.

The Church speaks of the universal call to holiness (CCC 2013).  Several times in the Bible God tells us to “be holy, as I am holy” (Lv 11:44; 20:26; 1 Pt 1:16).  God would not command us to do anything we are not capable of doing — or that He would not make us capable of doing.  So we know each of us can be holy because God tells us we can; not just that we can, but that we should.  It is expected of us.  Holiness should be the norm, not the exception.  We should all be saintly superheroes.

This is why the saints are so different, and so interesting.  Each one is unique.  When we look upon a saint, we look upon a perfected human being — someone living just as they are meant to live as they were created in the image and likeness of God.  A saint can be a little French nun who spent most of her 24 short years in a convent (St. Terese of Lisieux).  A saint can be an ornery old abbot who was so strict his monks tried twice to poison him (St. Benedict of Nursia).  A saint can be a young man who enjoyed mountain climbing and hiking and was concerned with social reform (Bl. Pier Giorgio Frassati).  A saint can be a mystic who receives visions and writes great works of music and poetry (St. Hildegard of Bingen).  A saint can be a husband or a wife who suffer the loss of four of their children and who struggle to deal with a rebellious daughter (Sts. Louis and Zelie Martin).  In other words, a saint can be anybody.  A saint can be you.

The Church honors the saints because they are Catholic superheroes.  They serve as our role models in the faith.  They show us what it is like to be holy.  They show us how to grow closer to God.  They show us how to love more perfectly.  But more than simply being examples to emulate, they are people we can be in relation with.  And so we invoke their intercession and ask them to pray for us and help us on our own journey toward sanctity.  For we can follow the same path they have chosen, the path to our true and perfected selves.

Get to know the saints.  Become friends with them here in this life, so that you may be united with them in the Beatific Vision of perfect love in eternity.

Halloween, All Saints & All Souls