Religious Liberty and Participation in Evil 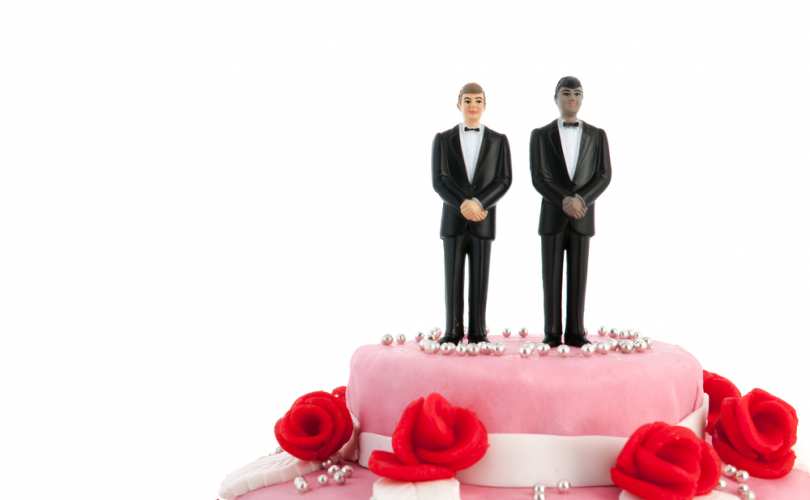 With the ongoing national discussion about Religious Freedom legislation, I find myself having to explain why Christian business owners would not want to involve themselves in same-sex marriage ceremonies.  If a same-sex couple wants you to bake them a cake, or be their wedding photographer, then what does it matter if you agree with their lifestyle?  It’s not you getting married, after all. Shouldn’t you be expected to just do your job?

Human beings live in society with other human beings, and that means that — like it or not — we often find ourselves cooperating with another’s sinful actions.  Life is complicated.  The question is, morally speaking, how closely can we cooperate in another person’s immorality?  For example, we all know the Catholic Church teaches that abortion is a mortal sin.  So we understand procuring an abortion ourselves is wrong.  And performing the abortion (as a doctor or a nurse) would also be wrong.  But what about driving someone to the clinic?  What about working as a receptionist in that clinic?  What about donating money to a non-profit that gives money to the clinic?  What about buying toothpaste from a company that donates part of their profits to a non-profit that supports abortion clinics?  You can see where this line of thought leads.  It is very difficult to operate in society without somewhere, somehow supporting immoral actions.  The question is how much is too much?  At what point do we become guilty of the immorality ourselves?

Catholic moral teaching makes a distinction between formal and material cooperation in evil.  Formal cooperation is when you cooperate in the immoral act and share in the evil intentions.  In other words, you agree with the immortality you are supporting.  This is always wrong.

With these principles in mind, we can begin to see why morally minded Christian business owners would not want to participate in same-sex wedding ceremonies or receptions that celebrate same-sex marriage.  Whether you agree with the position or not, it is clear that the Catholic Church (along with most other traditional Christian bodies) considers same-sex marriages to be immoral.  The reasons why are matter for another article.  But given that fact, it should not come as a surprise that Christian business owners who wish to follow the teachings of the Church would not want to cooperate with an event they understand to be immoral.

Let’s look at the example of a cake decorator.  Obviously, there is nothing immoral about baking a cake.  Nor is there anything immoral about selling a cake to a homosexual couple.  Selling someone a cake in no way contributes to whatever sinful actions a couple may or may not be doing behind closed doors.  So refusing to sell a cake to a person or a couple simply because they are homosexual would be bigoted and wrong.

But creating a cake to be used at a wedding reception celebrating a homosexual union would involve the cake decorator in proximate material cooperation with the same-sex marriage.  The cake decorator would appear to be giving at least tacit approval to the marriage, giving rise to scandal and possibly incurring personal guilt.  He or she should be free to decline to participate in what they believe to be an immoral act.  On the other hand, the company that sold the cake decorator the flour used to bake the cake would be involved in remote material cooperation and incur no guilt (in fact they probably wouldn’t even know about the wedding).

To date, the cases I have seen where business owners were taken to court over their refusal to participate in same-sex weddings have all been cases where personal time and talent is expected of them; cake decorators and photographers top the list.  Believe it or not, I myself have been in a similar situation.  Many of my students know of my involvement in the Scottish tartan industry.  I created the St. Ninian tartan design to celebrate Pope Benedict XVI’s historic visit to Scotland on Sept. 16, 2010.  I have been commissioned to create many other tartans for individuals and businesses, and special events.

Once I received an email inquiry asking if I could create a tartan design for a wedding.  It came out in the course of the conversation that the wedding was to be between two men.  I politely declined and explained my reasons for not being able to accept the commission.  Thankfully, the person understood and respected my position.  He was disappointed, but appreciative of my honesty.  We parted on amicable terms.  I am fully aware that it could have turned out differently.  I could have been sued.  I could have had to go into debt to pay for court costs or other fees.  I could have been involved in litigation for years, my good name being slandered in the community.  I could have potentially lost my home, creating hard times for my wife and children.  I am grateful that none of that happened, but it has happened to others.

Why would I, or others, be willing to risk those sorts of consequences?  It is because we know that society is not our ultimate judge.  We know that one day we will find ourselves standing before our maker and having to give an account of our actions.  We know that if we intentionally cooperate in something that we know to be evil, we jeopardize our own souls.  We pray for the courage to stand by our convictions and what we know is right.  We know our actions have eternal consequences.

Moreover, I was also concerned about scandal.  People know I am Catholic.  At the time the above took place, I was not working for the Church as I am now, but I was very active in my parish and anyone who knew me at all knew about my faith.  If word got out that I was designing a special tartan to celebrate a same-sex marriage against the teachings of my faith, I would appear as a hypocrite.  It would cause scandal to those who knew me and undermine my witness to the faith I claim to profess.  In other words, I declined this commission out of concern for both myself and others.  It was a matter of personal integrity.

What Religious Liberty legislation attempts to do is to prevent people who make similar choices from being persecuted in the courts.  This applies not only to those who decline to cooperate with same-sex marriages, but also medical professionals who decline to participate in abortion or euthanasia, pharmacists who refuse to distribute abortifacient drugs, book store clerks who refuse to sell pornographic material, and nuns who refuse to provide contraception through their health plans.

The Second Vatican Council taught in Dignitatis Humanae (the council’s document on Religious Freedom) that man “must not be forced to act contrary to his conscience.  Nor must he be prevented from acting according to his conscience, especially in religious matters” (DH 3, 2).  We may have lost the battle in this country when it comes to same-sex marriage.  But if faithful people can be forced against their wills to violate their conscience and cooperate in immoral actions, then we will have lost our souls as well.

Voting With a Clear Conscience