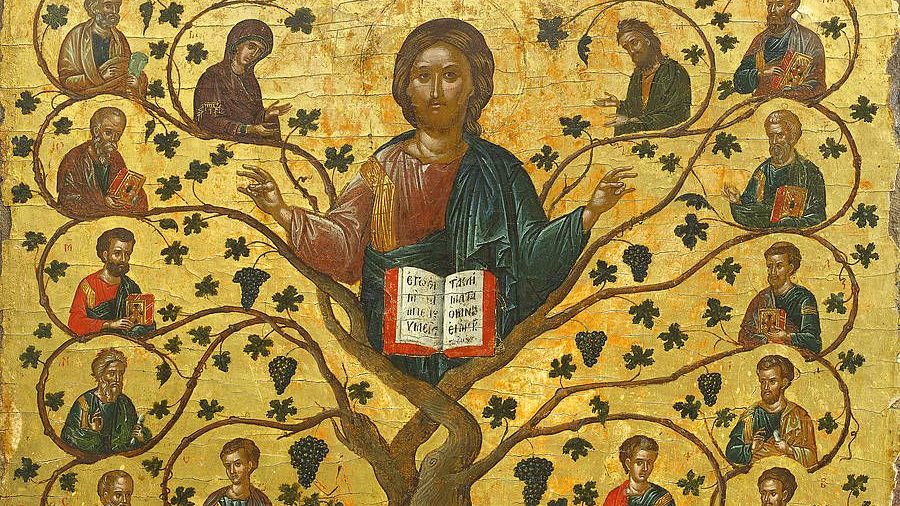 Minute Homily: I AM the Vine

5th Sunday of Easter (B)

Sometimes people have this idea in their head of a wrathful God who punishes anyone who doesn’t do what he says. They say, “You know, what? My life’s easier without all that.” But that’s not the God revealed to us in Christ. Christ didn’t come to make things difficult for us. Christ says, “I came that you might have life” (Jn 10:10). And that’s illustrated in the gospel this Sunday, when Jesus describes himself as the vine and us as the branches (Jn 15:1-8).

He says his Father, God, is the vine grower. God is the source of life. Jesus is the vine. He is the life. And the branches that grow off of that vine – that’s us. And we have life as long as we stay connected to the vine. But what happens if we get cut off? We wither and die. The vine isn’t being punished because it broke some rule. That’s just what happens when you cut yourself off of the source of life. Jesus says these withered vines will be gathered and burned in a fire. That’s obviously an image of hell. But the bad part isn’t the fire. What does it matter if the branches get burned? They’re dead anyway. The bad part – the part we want to avoid – is being cut off from the vine.

So what keeps us attached to the vine? John tells us in his first epistle that we also read from this Sunday (1 Jn 3:18-24). He says this is how we know we belong to the truth: if we keep his commandments. And what are his commandments? That we believe in Jesus and love one another.

Now I don’t want to be overly simplistic. There’s obviously more to Christianity than that. To believe in Jesus means taking seriously the things he says and does, repenting from our sins, taking advantage of the sacraments he gave us and participating in the life of the Church he established. But the foundation — the glue, if you will, that keeps us attached to the vine — is love. Love God, love each other, love yourself. Without love we wither away: if we hate God, we start to hate each other, and eventually we come to hate ourselves. Then we’re like this dead branch that’s really only good for burning.

But Jesus wants to spare us that, which is why he invites us today to remain in his love, that we might live and bear good fruit.

You Are Loved. Life is Good.