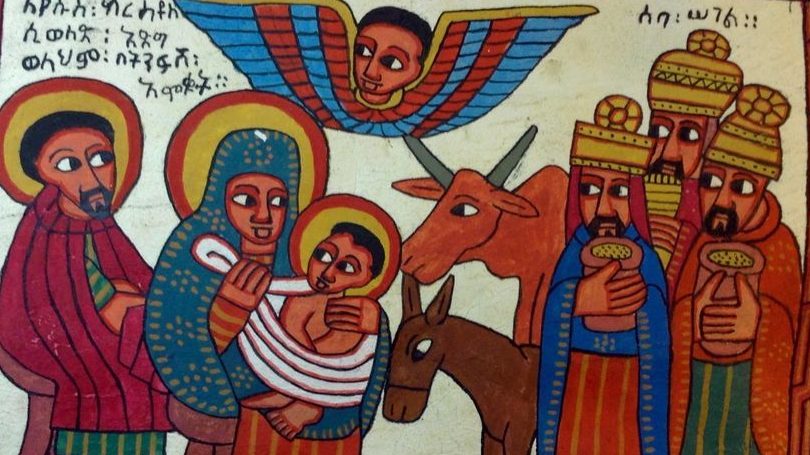 The Epiphany of the Lord

The word epiphany means a manifestation, revelation, or a “making known.” The feast of the Epiphany of the Lord that we celebrate after Christmas commemorates the adoration of the magi of the Christ child. These wise men from the east travel from their home country because they saw a star in the heavens that signified the birth of a new king in Judea. The event was important enough to them that, even though they were not Jewish, they undertook a journey to pay the newborn king homage. We call this “Epiphany” because it is a manifestation of Christ’s universal kingdom. He is not only king of the Jews but of all nations and peoples.

But of course this is not the only way in which Christ is made known. The feast of the Epiphany takes place within the context of the whole Christmas season, which is all about the manifestation of Christ. Christ is Emmanuel, “God-with-us.” The purpose of the incarnation is so that God might be made known to us in Jesus Christ, so we could say that Christ himself is an epiphany.

When his conception was announced to Mary by the angel Gabriel, that was an epiphany. When his birth was announced by angels to the shepherds tending their flock at night, that was an epiphany. The adoration of the magi belongs to a sequence of events in which Christ is made known first to a family, then to a nation, then to those of every nation (those wise enough to seek him).

In the history of the Church, the word epiphany has also been associated with two other events in the life of Christ: his baptism in the Jordan and the miracle at the wedding of Cana. Both are manifestations of Christ’s divinity (also called theophanies). At his baptism, the Father’s voice was heard saying, “This is my beloved Son.” At Cana, Jesus performed his first public miracle, transforming water into wine and demonstrating his divine authority over creation. These three events, the Adoration of the Magi, Jesus’ Baptism, and the Miracle at Cana, are often depicted together in Christian art.

Before he ascended into heaven, Christ left us with instructions to continue making God known in the world; to baptize, make disciples, and teach others about him (see Mt. 28:19-20). And he didn’t leave us orphans. He sent his Spirit to animate the Church and left us with sacraments as supernatural signs of his ongoing presence in the world — continuations of the incarnation, Emmanuel, that we celebrate at Christmas. He gives us the Eucharist and says, “This is my body” (Lk 22:19, Mt 26:26, Mk 14:22; 1 Cor 11:24). He gives us the Church and says, “Where two or more of you are gathered in my name, there I am in your midst” (Mt 18:20). Like the magi from the east, Jesus gives us signs to lead us to him, if we are looking and if we are willing to make that journey.

When the wise men came, they offered gifts. What gifts do we bring to Christ? Frankincense and gold? Jesus already has those things! So what does he want? What is on Jesus’ wish list? He tells us in the psalms: a humble and contrite heart you will not spurn (Ps 51:19). God wants us to come and adore him with a humble heart. Just like when your mom and dad say, “All I want for Christmas is to have you home for the holidays,” all God wants is us!

If we follow the light God gives us, as the magi did, and offer Christ the gift of ourselves in homage, then we will participate in the Epiphany of Christ in two ways. Jesus will be made known to us; and because of this, our lives will shine like stars (see Phil 2:15) to guide others to him.