I ate meat on Friday… am I going to Hell?!

Lent is here, and along with it meatless Fridays (and Ash Wednesday, which is now behind us).  Some of you may no doubt be wondering if eating meat on a Friday is really such a big deal.  If you slip up and have a ham sandwich, is that really a sin?  The answer is maybe yes and maybe no.

First of all, we need to acknowledge that there is nothing objectively sinful about eating meat, or eating meat on a particular day.  In other words, the act of eating meat in and of itself is not wrong, and not enough to get your soul into any trouble with the Almighty.

Abstaining from meat on Fridays is not a moral teaching of the Catholic Church, on par with not using contraception, not committing adultery, or coveting your neighbor’s possessions.  Abstaining from meat on Fridays is a discipline set in place by the Catholic Church for the spiritual good of the faithful. It is a discipline which the Church can (and has) changed depending on the needs of the particular time and place.

So if you eat meat on a Friday the sinful thing is not the eating of the meat itself, but the disobedience to what the Church is asking us to do as a matter of discipline.

Let’s imagine three different circumstances.  In the first instance, you  know the Church says Catholics should not eat meat on Fridays during Lent but you don’t really care.  You fail to see why it’s such a big deal, and don’t see any need to change your normal Friday cheeseburger habit simply because the Church says it’s a penitential season, that Christ died on a Friday, or whatever other nonsense the Church goes on about.  You are going to do what you want to do and eat what you want to eat.  So there!

Is this a sin?  Yes, it is; and a serious one.  But the sin is not in the eating of meat; it is in the total disobedience to the Church and disrespect for her authority to guide, govern and teach us in the ways of holiness.

Now let’s imagine a second scenario.  Again, you know that the Church expects Catholics to abstain from meat on Fridays and you want to obey the Church in this and respect the discipline.  But as you are getting ready for bed it suddenly dawns on you that today is Friday and you totally had a cheeseburger for lunch and didn’t even think about it.  It was not your intention to disobey the Church, you just forgot all about it.  Is this a sin?  Probably a small one, yes.  The sin is not as serious as willfully disobeying the Church.  This smaller sin is one of neglect.  Part of the reason why the Church asks us to mark Fridays by refraining from eating meat is to remember that on this day Christ died for our sins, and therefore it is good for us to keep it as a day of penance.  If we forget what day it is, or that we are expected to do penance on this day, then we have become too distracted by other things and need to strive to keep God in first place in our lives. 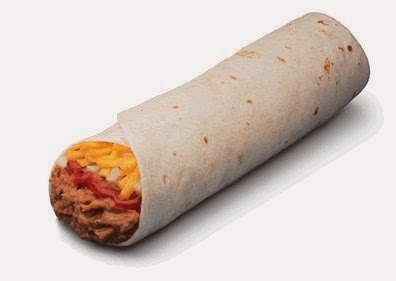 In the third scenario you are aware of the Church’s discipline of abstaining from meat, you know it’s Friday, and you are all set to do without meat and keep Friday as a day of penance.  You go to Taco-Bell for lunch and order a plain bean burrito.  You take your first bite and think to yourself how especially yummy these beans taste… then you realize, this is beef!  They gave you the wrong order!  Have you sinned by eating meat on Friday?  No, you have not.  It was not your intent to disobey the Church by eating meat.  Sin requires active engagement of your will.  You cannot accidentally sin.  Now, if you decide at this point that you don’t really care and keep eating your beef burrito, that’s another matter.  But eating meat by accident is not sinful.

And before I close, a little FYI…  Did you know that every Friday during the year is a day of penance, not just during Lent?  According to the Code of Canon Law (which is binding on all Catholics), “Abstinence from meat, or from some other food as determined by the Episcopal Conference, is to be observed on all Fridays, unless a solemnity fall on a Friday” (Can. 1251).  Here in the United States, our bishops’ conference has determined that outside of Lent, Catholics are allowed to substitute some other form of penance in place of abstaining from meat if they desire – but you still have to do something as a penance on a Friday.  You are not off the hook!  During Lent, it’s not an option, and you have to give up meat on Fridays (and Ash Wednesday).

Ash Wednesday and Good Friday are also days of fasting, but that’s another post!