June 26, 2014 by Deacon Matthew Newsome
NOTE:  As I will be away on retreat all weekend and without internet access, I am sending this week’s Sunday reflection out early.  Please enjoy! 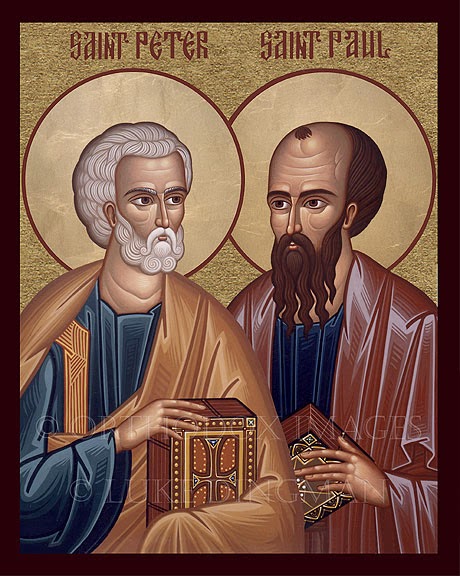 A couple of weeks ago I had the privilege of being invited to speak to a group of young adults at a Theology on Tap session.  The topic of the series they were currently running was “Why Catholic?” and I was invited to give my response to that topic.  There are certainly many answers to the question, “Why Catholic?”  G. K. Chesterton famously answered, “To have my sins forgiven.”   St. Peter, as I mentioned last week, said, “To whom would we go?  We have come to know and believe that you have the words of eternal life.”  Though he gave his answer in a different context, I think it’s a good and honest reply to the “Why Catholic” question, as well.