Give to God What is God’s

29th Sunday in Ordinary Time (A) 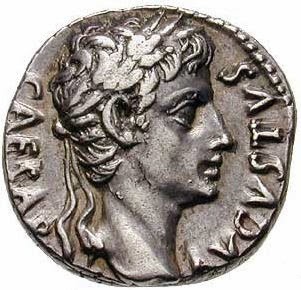 “Give to Caesar what belongs to Caesar and to God what belongs to God.”  Christ offers these words in today’s gospel reading as a clever response to the Pharisees and Herodians (supporters of Roman rule) about whether it is lawful to pay taxes to Caesar.  The question was an attempt to trap Jesus.  If He opposed paying taxes, the Herodians would charge Him with treason.  If Jesus supported the taxes, the Pharisees would claim He was unfaithful to Judaism.

Jesus refuses to be caught in their Catch-22.  Noting that the coins used to pay the taxes bear the image of Caesar, Christ says that we should give to Caesar what is Caesar’s, and give to God what is God’s.  If the coin belongs to Caesar because it is made in his image, then we who are made in the image and likeness of God rightfully belong to God.  What Christ is saying is that we should fulfill our rightful civil responsibilities (such as paying taxes), but even more we should fulfill our responsibilities to God who made us, and whose image we bear.

I have occasionally heard this verse used to support a total separation between Church and State.  Understood properly, this concept is good and integral to the idea of religious freedom.  The Church cannot have the State (human government) dictating our religious beliefs and practices.  However, too often today people abuse this concept and suggest that the teachings of the Church — even extending to the moral consciences of believers — should in no way be allowed to influence state policy.  This is a misguided notion.

Let’s not mince words.  When people say we should “keep religion out of politics” what they usually mean is that we should not attempt to legislate morality.  And what they mean by “morality” is sexual morality — abortion, contraception, homosexuality, divorce, etc. The idea that governments should not legislate morality falls apart when examined.  We expect our government to legislate morality all the time.  We expect there to be laws against theft, murder, fraud, rape, child abuse, etc.  We consider these things crimes because they are grossly immoral.  Yet there are immoral actions that we do not consider crimes, such as telling white lies, being selfish, or gossiping.  If we recognize that government should legislate some moral issues, but not others, we cannot deny that morality plays a part in our political discourse.

Morality deals with the rightness or wrongness of human behavior.  Politics deal with the relationships of human beings living in society.  Morality obviously has a role to play in civil government.  And because religion has a great deal to do with morality, it follows that our religious principles will play a role in our political activities.  The question is which immoral actions should be legal and which should not be?  Where do we draw that line?

St. Augustine makes the point in City of God that it would be a bad idea to make everything which is immoral also illegal.  We are weak creatures who all too often fail to live up to the moral law (we can each think of examples in our own lives).  Subjecting us to legal penalties every time virtue fails us would be placing us under a crushing burden.  On the other hand, St. Augustine recognizes that there are immoral acts which are so harmful to society that they must be forbidden with the force of law in order to protect the common good.

St. Thomas Aquinas also writes very eloquently on the relationship between civil law and the moral law.  He points out that in order for the laws of man to be just laws they must correspond to the moral law (by which he means natural law).  If any law of man contradicts the moral (natural) law, it is an unjust law and therefore not truly a law at all.  Man is under no obligation to obey an unjust law.  This is because St. Thomas recognizes God as the author of the natural law.  (Another way of saying that with a less theistic bent is that the natural law corresponds to the reality of the human person).  Unlike God, human beings are capable of making mistakes.  While we need human laws for the good of society, those in authority have a duty to ensure that our laws reflect the natural law.  Our laws should correspond to reality. 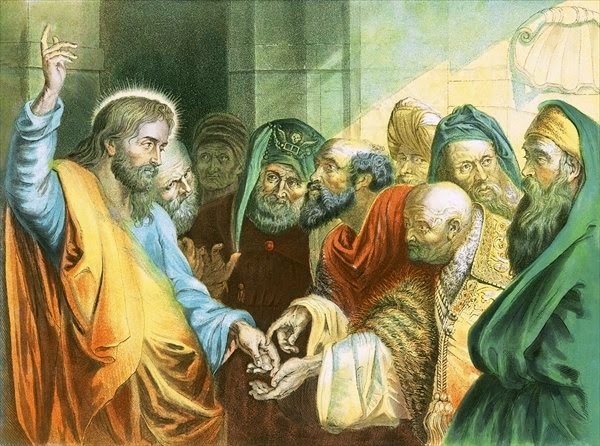 These are issues that anyone charged with care of the common good of society must grapple with; and the Church definitely has a role to play in this process.  In the Catholic Church, we have an infallible guide not only in matters of faith but also in morals.  The teachings of the Church help us to determine what is right or wrong.  Civil authorities have the grave responsibility of determining what immoral behavior can be tolerated by society and what immoral behavior is so disruptive to the common good that it must be outlawed.  We should be praying for our civil leaders that they make these decisions with prudence, and always with the love of God and neighbor in mind.

Jesus’ words are not an injunction against our faith having any role in our public lives or civil societies.  Far from it.  Rather they are a reminder that we are “in the world,” and therefore must respect civil authorities, contribute to society, and do our best to facilitate the common good.  But while doing so we must always keep in mind that we are not “of the world.”  We do not belong to this world.  We belong to God.  In following the laws of man we must always keep the law of God in mind.  Obedience to that law is our first duty.  We are made in God’s image; it is right that we be rendered back to Him.