August 24, 2014 by Deacon Matthew Newsome
REMINDER:  Mass is offered every Sunday in our chapel at 4:00pm.  Come 30 minutes early to pray the Rosary with us, or to have Father hear your confession.  Stick around after Mass for Credo tonight: the discussion topic will be “The Catholic Church.”

TWENTY-FIRST SUNDAY IN ORDINARY TIME (A) 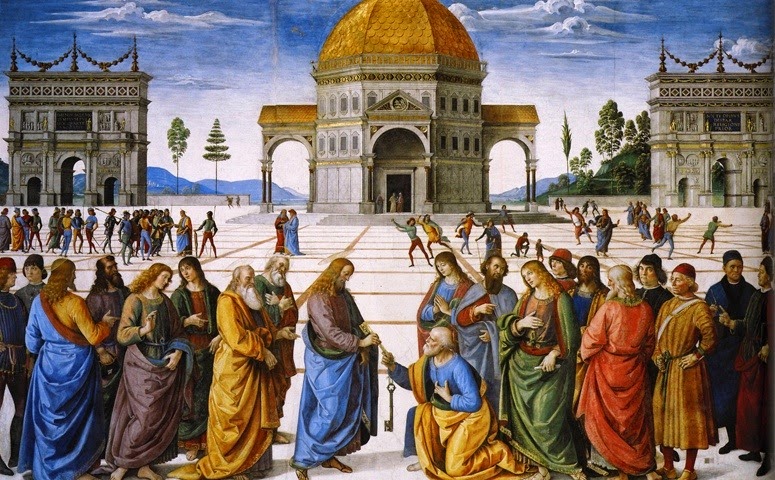 Tu est Petrus, et super hanc petram aedificábo Ecclésiam meam…  This is the first part of the antiphon we hear at Mass today before the gospel reading.  It quotes from the gospel itself (Mt 16:13-20), which in English says, “You are Peter and upon this rock I will build my Church and the gates of the netherworld shall not prevail against it.”  This iconic passage takes place at Caesarea Philippi, a place the gospel writer mentions specifically.  If you do a Google image search on line you can see this place.  There is a huge stone outcropping with a temple built upon it to the pagan god Pan.  It is by this backdrop that Jesus changes Simon’s name to Peter (which means “rock”) and says, “upon this rock I will build my Church.”