TWENTY-SEVENTH SUNDAY IN ORDINARY TIME (B)
click here for readings 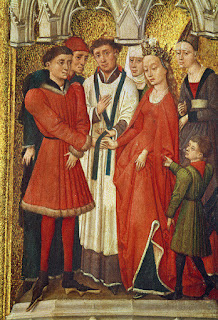 Those who make the claim that Jesus never said anything about same-sex marriage would do well to read the text of today’s gospel reading (Mark 10:2-16) in which our Savior explicitly says that man was created male and female, and that a man is to cleave to his wife so that the two become one flesh.

But how can it be adultery if one marriage is ended and another contracted?  Divorce is widely practiced in our society, as it was in Jewish society in Jesus’ time.  There is nothing new under the sun.  But Jesus asserts that this is not the way marriage is meant to be.

Most see marriage as a contract.  If one party ceases to be faithful to the contract, the faithful party is considered relieved of their obligations.  But Christian marriage (that is, marriage between two baptized people) is not a contract.  It is a covenant.  And a covenant remains binding even if one party is unfaithful (for example, God always remains true to His covenant with us, even when we sin against Him).

This is why it is considered adultery for a baptized Christian who has been divorced to marry another person. The fact that you have left your spouse, or been abandoned by your spouse, does not negate the marriage covenant.  The only thing that negates the marriage covenant is death (“till death do us part”).  Therefore, while either party is still living, neither is free to marry another person because they are, in fact, still married to one another.  Any relations outside of that marriage covenant are adulterous.

CONTRACEPTION
It is no coincidence that Jesus moves directly from talking about marriage in Mk 10:2-12 to talking about children in Mk 10:13-16.  Children naturally follow from marriage.  The Second Vatican Council reminds us that “by its very nature the institution of marriage and married love is ordered to the procreation and education of offspring and it is in them that it finds its crowning glory” (Gaudium et Spes 48).  In other words, children are an integral part of the nature of marriage itself. 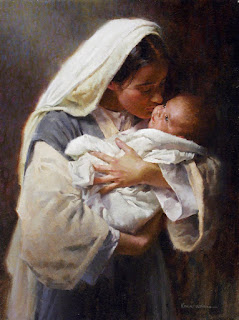 Does this make marriage between a naturally infertile couple any less of a marriage?  No.  But the exception does not make the rule.  Marriage, as an institution, is directed toward the procreation of children.  Contraception perverts the meaning of marriage.  It prevents husband and wife from truly becoming “one flesh” (Gen 2:24).

Contraception not only acts against the natural end of marriage, but against the supernatural end, as well.  For the Christian, marriage is one of the two sacraments of service — the other being Holy Orders.  Just as the man ordained to Holy Orders is ordained for the service of others, so is the married couple consecrated for service.  Where the married couple is called to serve is principally in the home, to serve both one another and their children.  Children teach their parents vital lessons in selflessness, sacrifice, patience and love, and so help their parents grow in holiness.  Contraception says “no” to the rich blessing of children.

IN CONCLUSION
To put it bluntly and biologically, our reproductive systems are meant to reproduce.  Sexual intercourse is how we do that.  This is basic biology and not rocket science.  It can also be a very enjoyable and bonding experience, bringing husband and wife much closer together.  But these factors do not negate its primary purpose anymore than the good taste of food and the bonding that comes from a shared meal negates the fact that food is meant to provide nutrition.

When they enter into marriage, a man and woman enter into that shared vocation of Adam and Eve, assisting God in His act of creation by their procreation.  To separate children from marriage is akin to separating the soul from the body.  One belongs to the other; without the other it is only a ghost or a corpse.

When people talk about marriage being under attack, this is what they refer to.  It did not start a few years ago with the push for same-sex marriage.  It started back in the 1930s when Protestant churches began to change their teaching about contraception, which led to wide-spread acceptance of them in the 1960s.  This was followed shortly by a loosening of our nation’s divorce laws, to where now anyone can divorce his or her spouse for any reason, and many couples enter into marriage with no intention of it being a permanent commitment.  Half of all marriages end in divorce and half of all children are born out of wedlock in our country.  Marriage is a mess.

But from the beginning this was not so, as our Lord reminds us today.  Each generation is a new beginning.  Each new marriage is a chance to do it right.  Most of you reading this today are not married, but most of you will be in the future.  The way to “fix” the marriage problem in our society is not with laws and Supreme Court rulings, but with an increase of faithful, life-long, holy marriages.

Speaking of the blessing God bestowed upon Adam and Even, Pope Francis recently said that “if we have sufficient faith, the families of the peoples of the earth will recognize themselves in this blessing.” The world continues on, and this world “is born in fact of the family, of the union of man and woman.”  Your marriage, or your future marriage, can help to give birth to a holier and happier world.

A Second Look: Is St. Paul Down on Marriage?