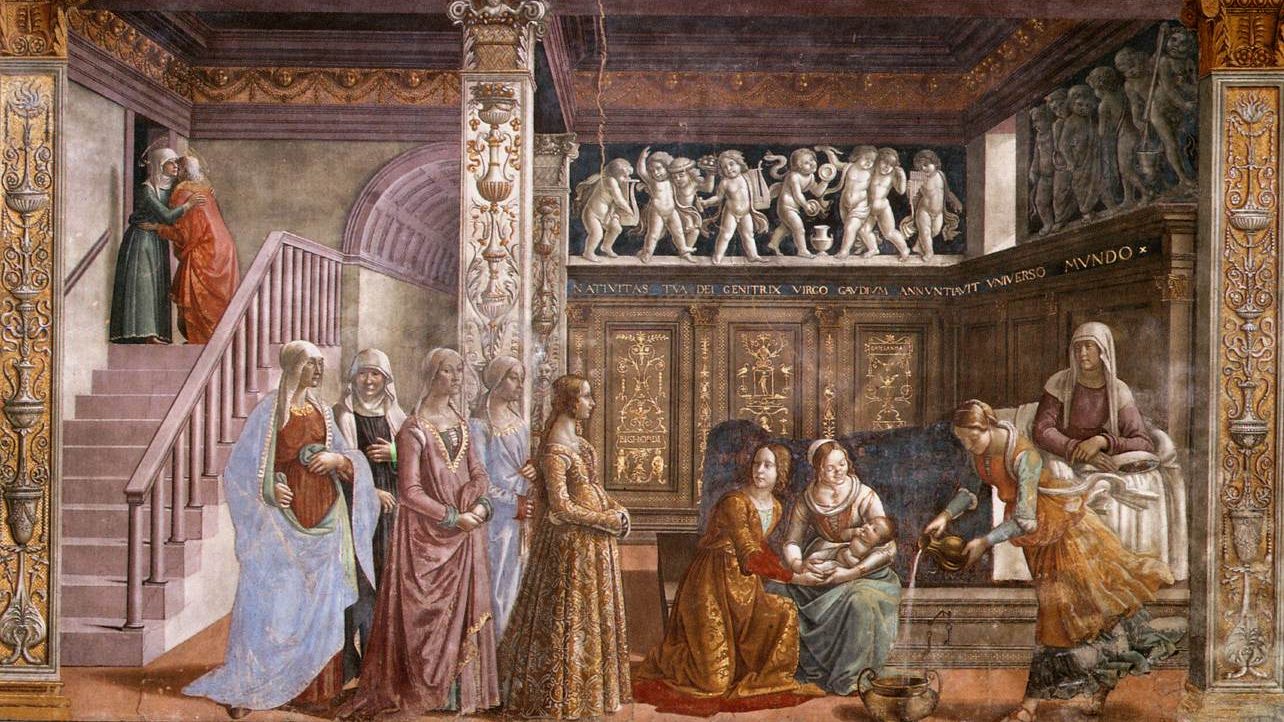 24th Sunday of Ordinary Time (B)

September is a month filled with Marian feasts. On September 8 we celebrate the Nativity of the Blessed Virgin Mary. Our Lady is one of only three people whose birthdays are celebrated on the liturgical calendar, the others being St. John the Baptist on June 24 and, of course, the Nativity of Christ on December 25.

September 12 falls on a Sunday this year, so we celebrate the 24th Sunday of Ordinary Time, but ordinarily (no pun intended) that day is the feast of the Holy Name of Mary. Then on September 15 we celebrate Mary once more under the title of Our Lady of Sorrows.

And September isn’t even a particularly Marian month! When Catholics think of months devoted to Mary, we usually think of May when we hold May crownings and celebrate Our Lady of Fatima (May 13) and the Feast of the Visitation (May 31) — and, of course, Mother’s Day — or October, when we celebrate the feast of Our Lady of the Rosary (Oct 7).

In fact we celebrate Mary throughout the year, from January (the Solemnity of Mary, Mother of God, on January 1) to December (the Immaculate Conception on December 8 and the feast of Our Lady of Guadalupe on December 12). With all these celebrations of Our Lady, are the Protestants right? Do we Catholics honor Mary too much?

I don’t think so. For one, we don’t worship Mary as God, as Catholics are sometimes accused of. Worship (latria in Greek) is something reserved for the Blessed Trinity, Father, Son and Holy Spirit, and for the incarnation of the Son, Jesus Christ. But we do honor Mary a great deal (dulia in Greek). And it’s important that we do, for two big reasons: what Mary tells us about Christ’s origin and about our end.

Jesus Christ is both fully God and fully man. The definition of the hypostatic union first articulated by the Council of Chalcedon in 451 AD is that Jesus possesses both a divine nature and a human nature united in one Person. This same council upheld the practice of honoring Mary with the title “Mother of God” (theotokos or “God bearer” in Greek) because of the union of God and man in her Son.

When we honor Mary, we honor Christ’s human origins as a man. In the fullness of time, he was born of a woman (Gal 4:4) and that woman has a name, Mary. And Mary has a history, just like each of us does. This is why Matthew and Luke’s gospel both begin with Jesus’ genealogy, placing his birth in the context of human history. This is why the Church celebrates the nativity of Mary, reminding us that the Blessed Mother didn’t come out of nowhere. She had a human origin, including a mother and a father (Sts. Joachim and Ann).

By honoring Mary we honor Christ’s humanity. Jesus is the Son of God, but he is also Emmanuel, or God-with-us. The great mystery of our faith is that God became man. That happened in the womb of Mary.

The ancient Christian adage is that God became man so that man might become god. God took on human nature so that we might share in the divine nature. The purpose of the incarnation was that we might share in God’s grace and so become co-heirs with Christ of the heavenly kingdom. We were made for union with God; and Mary shows us what this looks like.

There has never been another human being so perfectly united with God’s will and who cooperated so fully with God’s grace as the Blessed Virgin Mary. Her whole life was a fiat, a “let it be done unto me according to Thy Word” (Lk 1:38).

Just as Christ was formed in the womb of His blessed mother, we Christians are called to be formed in Mary’s womb, as well. This is why Mary is considered to be the Mother of the Church. This is why Christ, from the cross, told the beloved disciple, “behold thy mother” (Jn 19:26).

When we celebrate Mary’s assumption into heaven (Aug. 15) we look forward to the resurrection of our own glorified bodies. When we celebrate Mary’s coronation (Aug. 18) we look forward to that day when we will also share in her Son’s crown as co-heirs of the kingdom (Rom 8:17). What Christ promises all those who are faithful to him, he has fulfilled in Mary who was perfectly faithful.

By honoring Mary, we renew our hope in Christ’s promises to us. This is why we end each rosary with the prayer, “that by meditating upon these mysteries of the most holy rosary of the Blessed Virgin Mary, we may imitate what they contain and obtain what they promise.”

So do we honor Mary too much? If anyone honors her too much, it’s Jesus. The good news is that all he has done for her, he promises to do for us, too, if we follow Mary’s example of humility, charity and faithfulness. Jesus tells us in the gospel this Sunday that whoever wishes to come after him must deny himself, take up his cross, and follow him (Mk 8:34). Mary shows us how this is done.