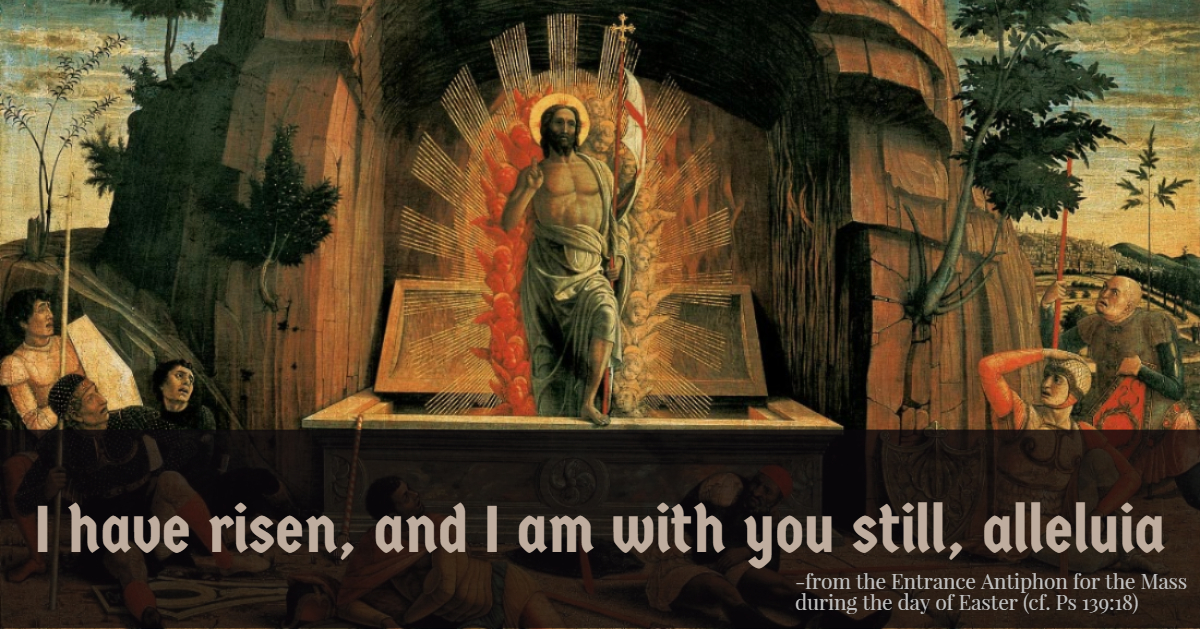 Death Where is Your Sting?

Easter Sunday of the Resurrection of the Lord

Death is a big problem. It’s the only problem, in fact, that really matters. The average college student, feeling young and immortal, doesn’t spend a lot of time thinking about death. Your whole life stretches before you. Why ponder death? After all, there are more pressing concerns.

There are many causes of stress in students’ lives: grades and exams, relationship issues, financial worries, and perhaps acceptance into grad school or employment after graduation. Perhaps you are worried about larger issues: social justice, poverty, inequality, or the environment. Whether big or small, all of the problems we face have one thing in common — they are all temporary.

No matter what they are, all of our problems will one day be in the past — all but one. And we don’t like to think about that one, because there is nothing we can do about it. It is a problem that each one of us must face one day — death.

Death is something of a paradox. On the one hand, what could be more natural? We are born, we grow old, and we die. It’s a life cycle we share with all living things. But on the other hand, death is the most unnatural thing in the world. Human beings are body/soul composites, and death rips those two aspects of our nature apart. Death is a violent and disruptive thing.

God gave us life. Why should he take it away? What purpose does death serve? As the psalmist says, the dead cannot praise the Lord, but only the living give him praise (Ps 115). Why would God bother to give us life if our destiny is death?

The Wages of Sin

Our faith teaches us that God did not create death. Death came about as a result of our sin. As St. Paul proclaims, “The wages of sin is death, but the gift of God is eternal life through Jesus Christ, our Lord” (Rom 6:23).

Death did not enter into the world as God’s punishment for sin, per se, but rather as the natural consequence of sin. God’s original intent was that we would share in his life forever.

The Church… teaches that our first parents, Adam and Eve, were constituted in an original state of holiness and justice. This grace of original holiness was “to share in … divine life” (Lumen Gentium, 2).

By the radiance of this grace all the dimensions of man’s life were confirmed. As long as he remained in the divine intimacy, man would not have to suffer or die.

Our first parents’ original sin separated mankind from God, the source of life. When you are separated from the source of life, death naturally follows as a result. “Sin came into the world through one man and death through sin, and so death spread to all men because all men sinned” (Rom 5:12).

Not only did man become subject to death, but all of creation with him. Every living thing on earth must suffer death. Scientists predict that even the universe itself will die eventually.

Our ancestors had a more intimate relationship with death than most of us do today. They suffered much higher mortality rates than we do, making death a routine occurrence in most families. Death happened most often in people’s homes rather than hospitals or hospices.

There was no “funeral industry.” Families washed and prepared the bodies of loved ones themselves. They wove the burial shrouds. They dug the graves. They knew death well. We may have managed to hide death from view in today’s world, making it easier for us not to think about it. But this only makes us less prepared for its inevitability.

I AM the Resurrection and the Life

What we celebrate on Easter Sunday is the death of death. By his death and resurrection, Jesus overcame death not only for himself but for all mankind. He did this not by taking death away, but by doing something much more profound. He transformed death. In a way, you can say he broke death.

On that first Easter morning, Mary Magdalene, Peter and John were astounded to see the familiar trappings of death — the tomb and the shroud — but no corpse. “For they did not yet understand the scripture that he had to rise from the dead” (Jn 20:9).

As man, Jesus was sinless and undeserving of death. As God, he is the very source of life. Death has no power over Christ. It has no claim on him. But Christ subjected himself to death for our benefit, and by so doing transformed it. He passed through death’s dark valley and emerged on the other side in radiant glory. As the firstborn of a new creation, he blazes a trail for us to follow.

For those reborn in Christ, death is not an end, but a passage. The consequence of our sin has become the very means of our salvation. This is how Christ conquers death — not by simply removing it, but by transforming it into the gateway to eternal life.

The enemy has been conquered. The ancient curse is overcome. Death has been robbed of its permanence and its power. Christ — our master and king, our brother and bridegoom — has risen. He is truly risen, indeed.

As St. Augustine put it, “We are an Easter people, and Alleluia is our song!”